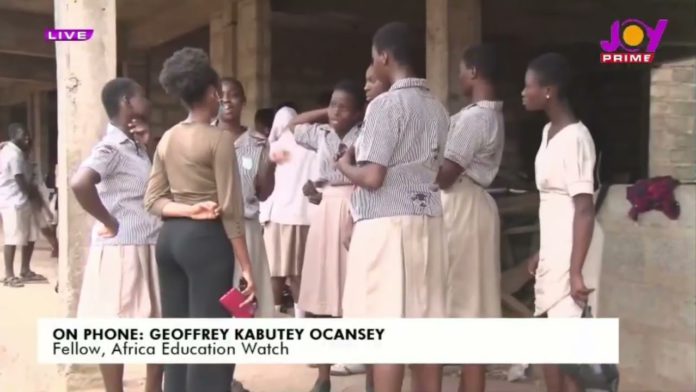 A Revenue and Financing Fellow with the Africa Education Watch (Eduwatch) has said that the ongoing discussions between government and striking teacher unions over demands for the Cost of Living Allowance (COLA) must be fairly conducted.

In an interview on Prime Morning, Goeffrey Ocansey said the government should treat the teachers fairly at the negotiation table to ensure there is a resolution to the matter.

He contended that a description of the industrial action as insensitive by government can anger the teachers because “their demands are key and they are calling for something [due to] the economic situation [in which] they find themselves.”

“I think we would be too harsh on the teachers if we say it was insensitive for them [to embark on the strike]. Mind you, some of these teachers also have children – so we should ensure that the discussions become very friendly, very frank and fair.

“Some of these teachers are parents, some of them are guardians, they have duties, they have nephews and church members who are also in school – they also empathise. I think we should be fair to them ,” he told Roselyn Felli on Tuesday, July 12.

Four teacher unions have laid down their tools following government’s failure to pay the COLA, which they say could have helped to mitigate the impact of the rising cost of living.

The Ghana Medical Association (GMA) and other labour groups are also demanding 20% of their basic salaries as COLA.

Despite a plea by President Akufo-Addo to reconsider their stance, the unions have maintained that they will not back down on their demands.