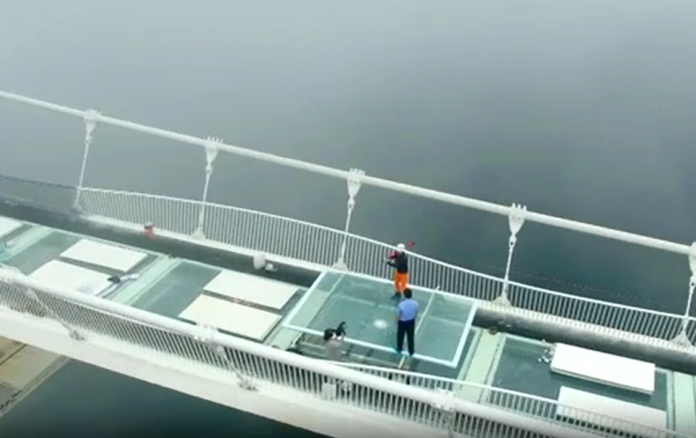 A man in China was left dangling from a bridge after its glass panels were damaged in high wind.

The man was visiting the 100m-high bridge (330 ft) in the Piyan Mountain, in the north-east of the country, when the incident occurred on Friday.

Several pieces of the glass floor were blown away by winds that reached up to 150km/h (90mph).

It is thought that China has about 2,300 glass bridges and a number of glass walkways and slides.

They are designed to attract thrill-seeking tourists and capitalise on China’s growing domestic tourism.

An image widely shared on social media shows the man dangling in the middle of the bridge, located in a scenic area near the city of Longjing.

Firefighters rushed to the scene to rescue the man. However, he managed to get back to safety himself with the help of on-site staff, Xinhua news agency reports.

The tourist was taken to hospital for observation and counselling, and is now said to be in a “stable emotional and physical condition”.

The area has been closed, according to Longjing City’s Weibo page. An investigation into the incident has been launched.

It is not the first accident of its kind in China.

In 2018, Hebei province shut all of its 32 glass attractions – including bridges, walkways and viewing decks – while safety checks were carried out.

Elsewhere in the country, one person died and six others were injured in 2019 after they fell off a glass slide in Guangxi province.

In 2016, a tourist was injured by falling rocks while walking on a glass walkway in the city of Zhangjiajie. 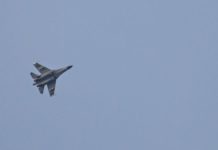 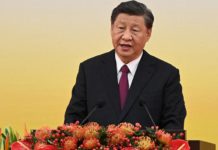 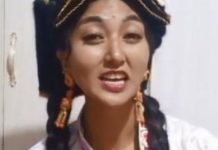 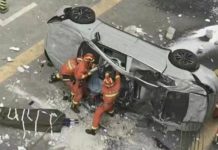