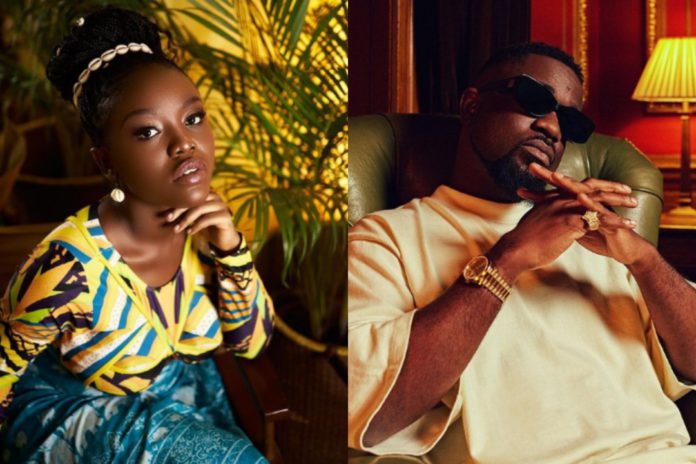 Ghanaian rapper and BET recipient, Sarkodie, has reacted to budding songstress Gyakie for her sold-out concert.

Sarkodie congratulated the singer for achieving such a feat in her early stage in the music ladder.

Sarkodie, by his gesture, has subtly trashed the accusation that he fails to avail himself as a ‘big brother’ to emerging acts.

Recall Gyakie had hinted some months ago that she is intrigued by Sarkodie, adding that she decided not to bath after hugging the latter for the first time.

For this, the congratulatory message is a big deal for Gyakie, and her fans were anticipating it.

Privately known as Jackline Acheampong, Gyakie brought Kumasi to a standstill with an electrifying concert, the first since she joined the industry.

The event, which took place at The View in Kumasi last weekend, saw thousands of revelers crowd the venue to rave with the songstress.

The event was dubbed #LiveExperienceWithGyakie, particularly for fans to have a direct feel of the heat the songstress has in her vocal cavity.

The songstress thrilled fans with some songs from her SEED EP, as well as other songs she released this year, which have been topping the charts.

Artistes such as Broni, Yaw TOG, Malcolm Nuna, Mestar Oscar and many others pulled up an electrifying performance that night.

Here is the highlight of the event:

Why this video of Sarkodie, Stonebwoy in France is trending