One person has been reported dead with another injured in an accident involving two officials in the ongoing 2021 Population and Housing Census.

Reports indicate the incident occurred on Wednesday morning at Saaka in the Zebilla District of the Upper East Region.

Faisal Issah, and Gifty Abane, were involved in an accident on Wednesday morning, June 30, while heading to Googo and Tambiugu communities in Zebilla.

Faisal Issah, a nurse, unfortunately died at the spot while Gifty Abane, a teacher by profession sustained some injuries.

Meanwhile, Gifty Abane has been admitted at the Zebilla district hospital for treatment. The remains of Faisal Issah has since been released to his family for burial.

Following the incident, the day’s counting exercise was halted as some colleagues boycotted to support their colleague who was being treated at the hospital.

Also, the enumerators are demanding insurance packages and risk allowance against dog bites. 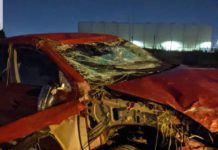 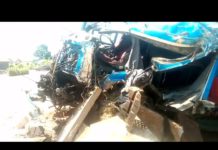