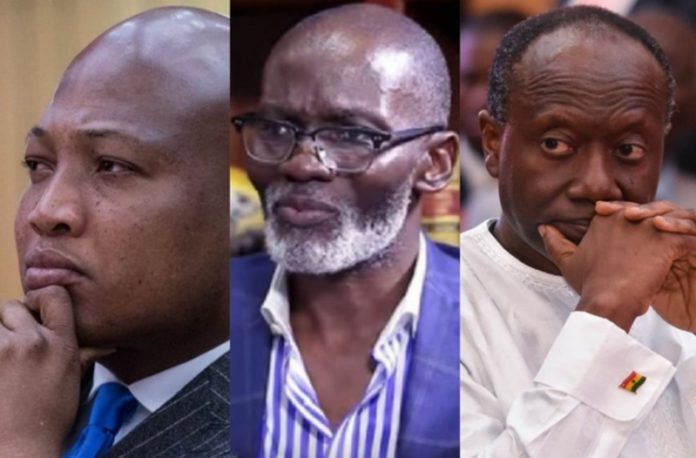 North Tongu MP, Samuel Okudzeto Ablakwa, has queried Gabby Otchere-Darko, over a comment he made during the Parliamentary Committee sitting on a censure motion against the Finance Minister, Ken Ofori-Atta.

Amidst proceedings on Tuesday, Mr Otchere-Darko, who is representing the Minister, said the Minority should stop springing surprises.

According to him, the Finance Minister has other important important issues to handle, therefore the springing of surprises will not augur well for the hearing process.

But reacting to this, Mr Ablakwa said Mr Otchere-Darko’s remarks undermine the importance of the Committee’s hearing.

Expressing his displeasure, he stressed that the work of the Committee is relevant to the wellbeing of Ghanaians, as such must be treated with respect and utmost priority.

“Some of us take strong exceptions. This is an important constitutional assignment; very important to Parliament and to the Ghanaian people. I think that such expressions, with all due respect are very condescending as though we’re wasting their time.

It’s totally unacceptable … as if what’s happening here is some circus. With all due respect. Mr Chairman he must withdraw that. This is a very important exercise. I take strong exception to that”, Mr Ablakwa resented.

Parliament is currently probing a motion for a vote of censure against the Finance Minister, Ken Ofori-Atta.

The scheduled hearing therefore began today, November 15 at the Committee Room in Parliament.

The Committee has seven days to submit their report to Parliament for deliberations.