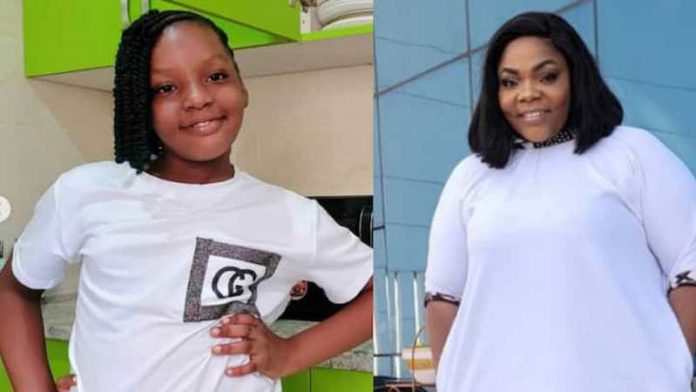 Multiple award-winning singer, Celestine Donkor, has made a shocking revelation about her daughter, Aseye, as the girl attains a new age.

The Agbebolo hitmaker revealed that her baby girl was knocked down by a car in August and sustained injuries from the accident.

As Aseye marks her birthday today, Celestine took to her socials to express gratitude to God, saying:

“A food explorer, kitchen queen, and gifted singer #ASEYE is plus one today.

“This baby girl right here is a miracle. She was knocked down by a car in August … It’s just God … help the Donkor Family thank God for she doesn’t look like what she has been through. The world would have heard the bad news, but Mercy said NO!” she said.