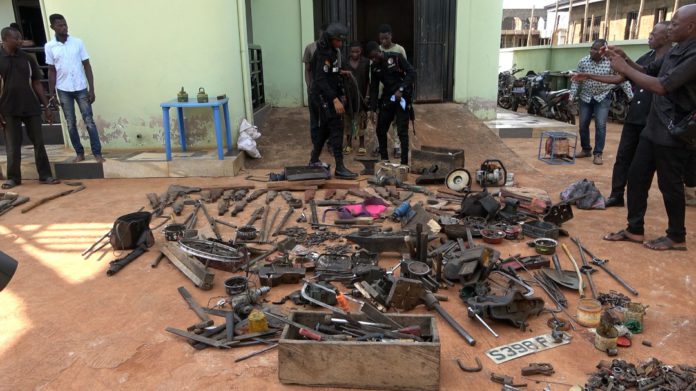 The arrest was an intelligence-led operation aimed at cracking down on illegal activities in the area.

This comes barely a week after a 26-year-old man was arrested for allegedly manufacturing local weapons at Gulumpe in the Kintampo North.

The command, in a statement which confirmed the arrest, noted several implements used for manufacturing weapons were retrieved from two “criminal enterprises.”

The Regional Public Relations Officer, ASP Amponsa Bosie Dankwa, said 43 pieces of gun butts which were to be turned into fully functioning riffles, gun barrels, and ammunition were confiscated.