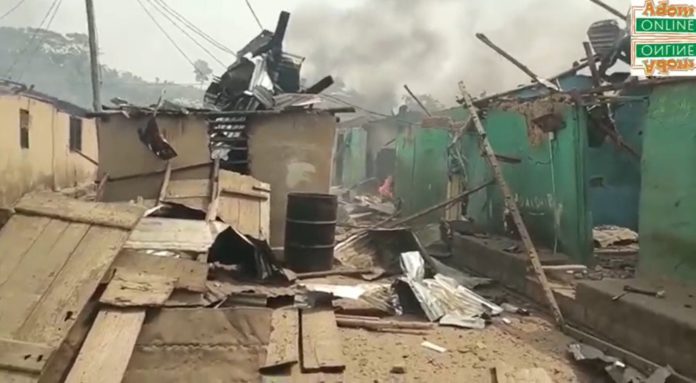 Preliminary investigations by the Police found that Thursday’s blast at Appiatse in the Western Region was caused by a collision between a vehicle carrying mining explosives and a motorcycle.

The mining vehicle is said to have been moving from Tarkwa and heading towards Chirano mines.

“Preliminary investigation has established that a mining explosive vehicle moving from Tarkwa to Chirano mines collided with a motorcycle resulting in the explosion.”

In a Facebook post, the Service noted that most of the victims have been rescued and admitted at various hospitals and clinics within the Bogoso Municipality.

According to the Police, its personnel have taken charge of the situation, providing security to enable the emergency workers, including the Ghana National Fire Service (GNFS), National Disaster Management Organization (NADMO) and the National Ambulance Service, to manage the situation.

Most of the victims have been rescued and are on admission at various hospitals and clinics within the Bogoso Municipality.

Reinforcement of resources and personnel have been deployed to effectively handle the incident.