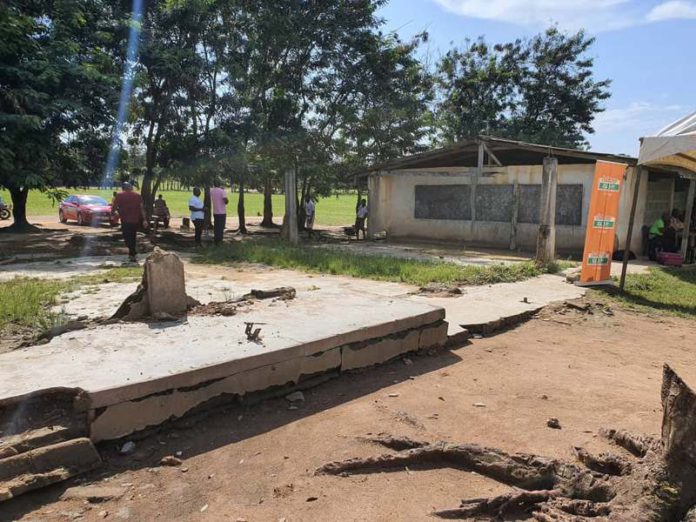 The chiefs and people of Breman Jamera in the Odoben Brakwa District of the Central Region have appealed to Ghanaians to, as a matter of urgency, come to their aid to reconstruct the Methodist School.

The Gyasehene, Nana Kwasi Ayine III, said they have been forced to seek help after construction was halted mid-way after the government promised to build the school.

This was when the Dwaso Nsem team visited the school as part of The Classroom Project by the Multimedia Group Limited to solicit funds for the reconstruction of the school.

Nana Ayine revealed they had another school block that was built by the community as a self-help project, pending a properly constructed building.

He said the death trap structure left the pupils in discomfort and parents in uncertainties, fear and panic over their safety.

“When the school building collapsed on some kids who were learning in the classroom, we tried to put up a building ourselves but because of fear we could not continue again.

“But we hope benevolent people will come and complete it for us as most of the residents in this town are not financially stable,” he said.

He was, however, optimistic that with the full help of the Multimedia Group, the children and the entire community will smile again, and the burden will be lifted.

Below are details of how to support this worthy cause: