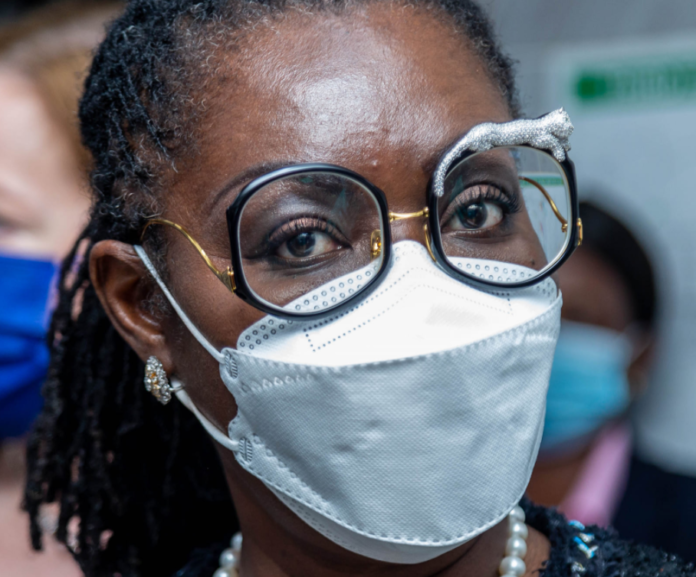 Minister for Communications and Member of Parliament for Ablekuma West Constituency, Ursula Owusu got many folks talking when she shared a photo on her Facebook page, wearing glasses made by Anna-Karin Karlsson.

The optical lens, with the designer tag – Rose et le rêve – sells at an average price of €940 (GH₵6,590 Cedis) but that didn’t spark the reactions except for the bold cat that rested atop her sunglasses.

The silver jaguar got so much attention to the extent that the former Member of Parliament (MP) for Kumbungu, Ras Mubarak requested for one with the condition that the jaguar will be substituted with an umbrella.

Clearly, Mr Mubarak was taking advantage of the jaguar to depict his love for the National Democratic Congress (NDC) party which has the Umbrella as a party emblem.

But, Ursula Owusu, whose husband owns an eye clinic at East Legon, replied Ras Mubarak, saying she was willing to supply him under the clause that it will be an elephant on top of his glass since she was with the New Patriotic Party (NPP).

The Minister for Communications posted the photo with the caption: Where words are restrained, the eyes often talk a great deal – giving subtle credit to her husband’s clinic.

She wore the glasses to the maiden Girls in ICT for Tertiary Students initiative where 50 young women were trained – aimed at giving the ladies exposure into the world of possibilities through ICTs to bridge the digital gender divide.

Below are some reactions to the glasses on social media: