The price of Bitcoin has fallen below $40,000 (£28,210) for the first time in three months, after China imposed fresh curbs on crypto-currencies.

It follows falls in Bitcoin of over 10% last week after carmaker Tesla said it would no longer accept the currency.

On Monday, the crypto-currency was down 13%, while other digital coins such as Etheruem and Dogecoin lost as much as 18%.

Crypto-currency trading has been illegal in China since 2019 in order to curb money laundering. But people are still able to trade in currencies like Bitcoin online which has concerned Beijing.

They said consumers would have no protection if they were to incur any losses from crypto-currency investment transactions.

They added that recent wild swings in crypto-currency prices “seriously violate people’s asset safety” and are disrupting the “normal economic and financial order”.

Neil Wilson of Markets.com said: “China has for some time been putting pressure on the crypto space, but this marks an intensification – other countries might follow now as central banks make strides towards their own digital currencies.

“Until now western regulators have been pretty relaxed about Bitcoin, but this might change soon.”

His electric car company Tesla made a profit of more than $900m (£646m) after buying $1.5bn worth of the crypto-currency in early February.

But last week Mr Musk did a U-turn and suspended vehicle purchases using Bitcoin due to environmental concerns.

His fears centre on Bitcoin mining – the energy-intensive process through which the digital currency is generated, using high powered computers. It often relies on electricity generated with fossil fuels, particularly coal.

“We are concerned about rapidly increasing use of fossil fuels for Bitcoin mining and transactions, especially coal, which has the worst emissions of any fuel,” Mr Musk wrote.

“Cryptocurrency is a good idea… but this cannot come at great cost to the environment.”

He said the electric carmaker did not intend to sell any of its Bitcoin and intended to reinstate crypto-currency transactions once mining shifted to using more sustainable energy sources.

Although the digital currency cannot be traded in China, more than 75% of Bitcoin mining around the world is done in China. 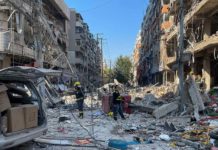 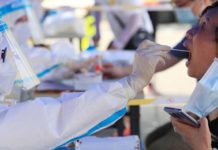 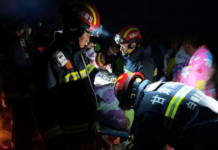 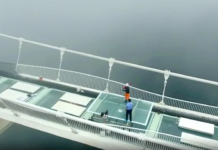