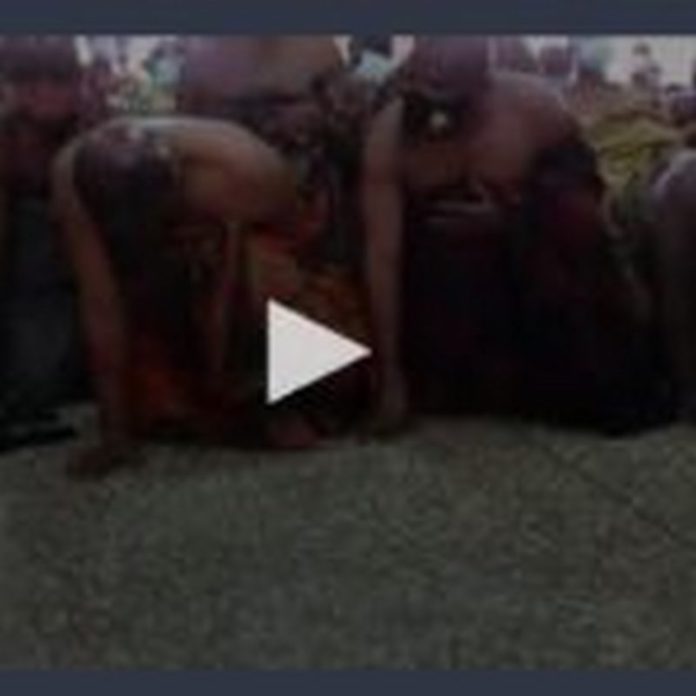 The Bantamahene, Baffour Owusu Amankwaatia VI, has described a video in which he was seen with his subjects crawling before the Asantehene, Otumfuo Osei Tutu II as “concocted out of malice” by enemies of the Ashanti Kingdom “to achieve their malicious agenda.”

It may be recalled that a viral video was seen in which the Bantamahene was captured with his subjects on their knees before the Asantehe pleading for mercy after he was found guilty of trespassing the King’s lands at the Race Course Market in Kumasi and also allegedly diverting the course of the Subin River.

In the said video, the King was heard reprimanding the Bantamahene, but in a statement issued by the Bantamahene, he says “as much as Baffour Bantamahene would want to dissociate himself with these audios and videos, he wishes to state unambiguously that this is a taboo in the Ashanti Kingdom.

“It is against our customs and traditions to make mockery of issues involving Manhyia and Asantehene”.

Below is the full press statement: