The Governing Council of the University of Education Winneba, (UEW) after a marathon meeting in Accra Thursday, has resolved to implement wholly the decision of the High Court.

The Winneba High Court on Wednesday ordered the University to reinstate Prof. Mawukor Avoke as Vice-Chancellor and also some staff who were suspended for various acts.

The Chairman of the Council, Nana Ofori Ansah, said after receiving briefing from the lawyers, the best conclusion is to comply with the orders.

“We are complying with the orders of the court. The court says they should be reinstated and that is that,” he said.

Meanwhile, Prof Avoke has said he will reconcile with the staff who battled him in court.

In a statement dated 2nd February 2022, Prof Avoke noted that he will resume duty as directed by the court.

He described the ruling as “a well-reasoned and sound judgment, giving effect to the principle of the rule of law as contained in the preamble of the Constitution of Ghana, 1992.

“Consequently, I genuinely expect that in the coming days, I will return to the office and perform all the duties that come with the office of Vice Chancellor for the next two years.

“Indeed, while I consider this judicial determination a total and final vindication of my position regarding the divisive issues that founded my removal from office, I am clear and certain in my mind that I will not boast over the outcome, no matter how reliving and joyous the judgment may seem,” he stated.

Prof Avoke promised to work in bringing unity to the institution.

“I draw firm and complete inspiration from Nelson Mandela, an African icon who once said, ‘Reconciliation does not mean forgetting or trying to bury the pain of conflict, but that reconciliation means working together to correct the legacy of past injustice’.”

“Further, as a distinguished peacemaker, the late Mandela also once said:

‘Forgiveness liberates the soul, it removes fear. That’s why it’s such a powerful weapon.’

“Instead, and with the help of the Almighty God, I intend to work every day with all the genuineness of heart, skill, and diligence at my disposal to ensure that complete and total reconciliation is done between me and all the persons who may seem to have been vanquished by today’s judicial determination.” 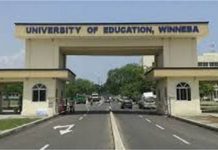 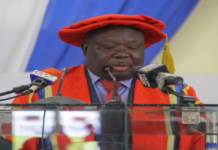 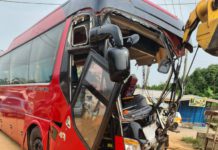 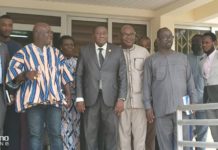 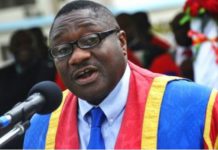