Professor Austin Nwagbara, the visiting Nigerian lecturer, who has been dismissed by the University of Education, Winneba (UEW), following the contents of a tape in which he was captured allegedly inciting Nigerians against Ghanaians will lose some of the entitlements due him.

Public Relations Officer (PRO) of the University, Ernest Azutegah, who disclosed this, said the actions of the Professor, who has been on sabbatical at the Department of Applied Linguistics since October, 2018, has discredited the school, hence does not deserve all his entitlements.

“The image of the school is very important and we needed to protect it, so we could not have allowed anyone to disgrace our school. For his entitlements, since he was dismissed, he will lose some of his entitlements,” he told Accra based Neat FM, monitored by Adomonline.com.

Professor Nwagbara was seen in a video that went viral in which he was heard urging his colleagues to employ the media from Nigeria to tear Ghana up.

He was subsequently arrested on Tuesday by the Ghana Police and was charged with incitement to breach of peace.

UEW also in a statement signed by the Registrar said, “Prof. Nwagbara makes several unsavoury, unethical and damning comments about our country, its history as well as its educational system. The University totally dissociates itself from the grossly irresponsible comments and condemns it in no uncertain terms.”

But, the PRO said Nwagbara, who showed remorse when he was dragged to the disciplinary committee, has breached the rules and regulations of the school. 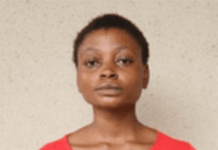 Why 19-year-old girl faked her death will shock you 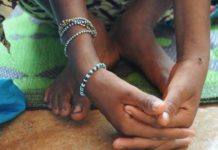