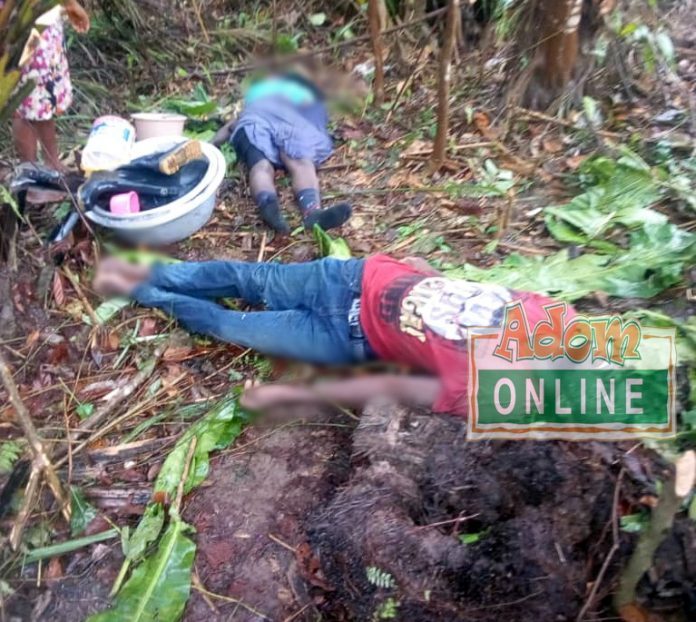 Agya Yaw Mensah, father of the 26-year-old lady killed by thunder together with her husband, has revealed the cause of death.

He claimed that his daughter, Rita Nketia and her husband, Emmanuel Botchwey used thunder to curse each other.

The couple were struck to death by thunder in their farm at Assin Andoe Sibo Nkwanta in the Assin South District of the Central region of Ghana.

The reason for their death had remained a mystery with the chiefs and people in the town in shock.

But, father of the woman, Mr Mensah, who witnessed the incident, said the couple are to blame for their demise.

He said his daughter confessed they both cursed each other with thunder before she died.

“The couple had a little misunderstanding over missing GH¢20.00 from their joint savings meant for their land acquisition and in the process cursed themselves with the thunder which we believe caused their demise yesterday,” he revealed.

“My daughter told me her husband said if he continues with the marriage for fighting with him over GH¢20.00, thunder should strike him dead and out of anger, she also told her husband the same thing,” Mr Mensah narrated.