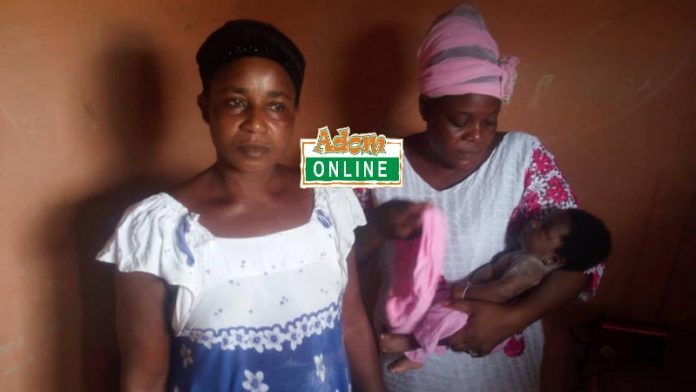 Four people are currently in the grip of the Central Regional Police Command after allegedly stealing a month-old baby.

The suspects, Maxwell Otoo, Jariah Abubakar, Florence Eshun and Monica Asare were arrested at their hideouts after police received a complaint from the baby’s mother, Comfort Fenyi.

The incident occurred at Abura Abakrampa in the Abura Asebu Kwamankese District of the Central region.

READ: Vigilantism bill to be passed April 29 – Speaker of Parliament

According to reports, the mother left her baby with an unknown person to buy medicine from a nearby drugstore but returned and found her child missing.

The distraught mother, Ms Fenyi quickly reported the matter to the police.

Confirming the incident to Adom News, Central Regional Police Public Relations Officer, DSP Irene Oppong said they quickly mounted a manhunt leading to the arrest of the suspects at their hideouts at Nyinasin, Abura, all in the Cape Coast Metropolis.