A former ambassador to the United Kingdom in the John Mahama administration, Emmanuel Victor Smith, has reacted to a comment often made by President Nana Akufo-Addo in his interactions with the media.

The politician noted that President Akufo-Addo’s ‘mantra’ of not having seen the many infrastructural projects undertaken by former President Mahama surprised him.

Speaking to Captain Smart on the Dwaso Nsem morning show on Adom FM, Mr Smith quizzed if President Akufo-Addo had never heard of nor seen the construction of the three-tier Kwame Nkrumah interchange popularly known as ‘Circle Dubai.’

“Akufo-Addo keeps saying he hasn’t seen the infrastructural projects undertaken by former President John Mahama, so hasn’t he ever heard of or seen Circle Dubai? Hasn’t he seen the E-block schools and numerous hospitals built by Mahama.” he quizzed. 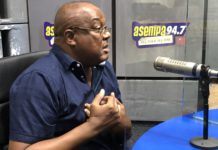 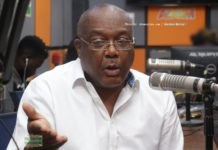