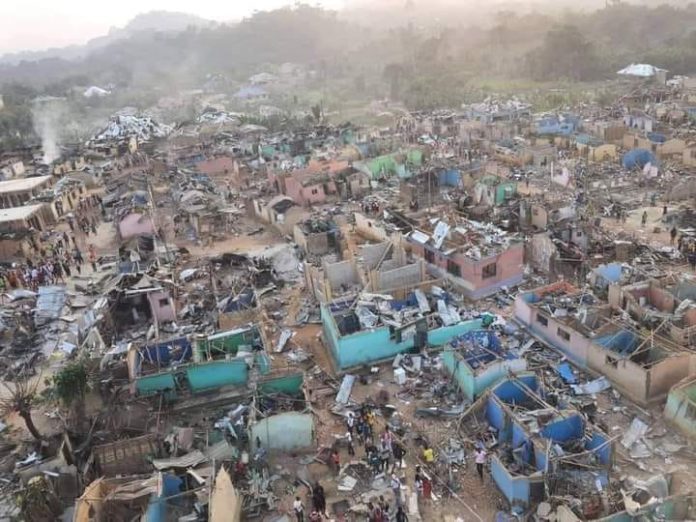 A mining truck driver, who was transporting explosives that were involved in an accident and later exploded at Apiate near Bogoso, in the Western Region on January 20, has finally broken his silence on the matter.

According to Alfred Pappoe, his real intention was not to kill people when the accident occurred but rather to save the residents by driving out of the town after sensing danger.

“When I was almost getting to Apiate, the town was in a bend and at that time the police escort had already negotiated the bend. I later saw a motorcycle coming from the opposite direction and immediately an Urvan bus was just close to him and trying to overtake the ‘Pragya’ and there was a motor rider behind the Urvan bus.

“The motor rider was still following the Urvan and just when the Urvan driver shifted to another lane, the motor rider lost control and two people fell from the motor and the motor was heading towards his direction as he was very close,” he said.

Mr Pappoe said at that instant it was so easy for him to avoid the motor by turning to his left but may run into the two persons who fell off the motor so he decided not to take that decision,” he recounted on Adom FM’s Kasiebo is Tasty.

He continued: “If I turn to my left I may kill the two people but I later told myself that if the two people are safe then I need to take another lane. Unfortunately, I realised that that motor’s fuel tank had opened and started leaking under my truck and sparked the fire and touched my truck.”

Mr Pappoe said when the fire started he realised there was nothing he could do and so he decided to quickly move out of the town before it explodes.

“The town was just on the curve and when I realised there was nothing I could do, I decided to drive quickly from the town because I knew it was going to explode. That was when some of the residents started drawing closer to the truck and started shouting that the truck was on fire.

“I knew what was I doing and so I didn’t even pay attention to the residents. I wanted to just move out of the town and drive past a fuel station and get a safer place and leave the truck there to explode even though I was feeling the heat in the truck,” he added.

He said the residents were still following the truck and did not budge despite his continuous caution because they wanted to take pictures and videos of the incident.

Unfortunately, the explosives detonated and killed some of them.

The heartbroken driver, who is still nursing his wounds, said he is now out of job, stating MAXAM company where he worked paid him a month’s salary and sacked him not taking into consideration the danger he was involved in.

He, therefore, wondered why the company would sack him after risking his life without any compensation from them.

The disastrous accident at Apiate involved a DAF vehicle with registration number WR 2252-18 transporting explosives from Tarkwa to Chirano Gold Mines and a motorcycle.

The Police stated that the rider of the motorcycle from the opposite direction, collided with the vehicle on Thursday. 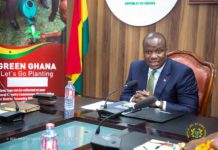 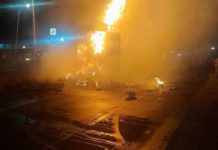 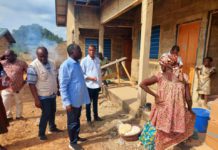