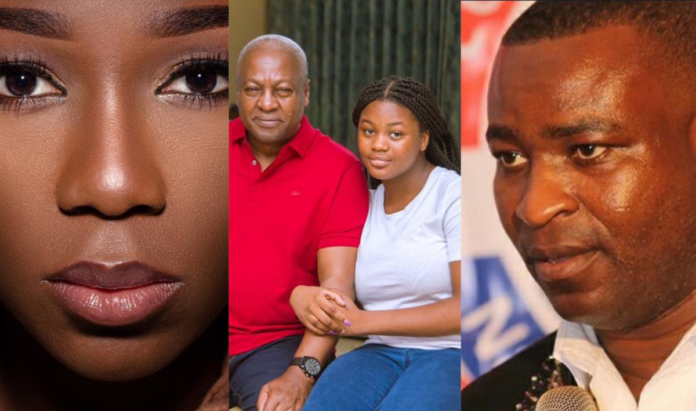 According to Chairman Wontumi, who was speaking on his radio station, Mr Mahama should stop flaunting his daughter on social media before someone preys on her “sexually”.

She described Wontumi’s comments as abhorrent and inappropriate, adding that it was interpreted with sexual innuendo.