Former Central Regional Chairman of the National Democratic Congress (NDC), Allotey Jacobs, says Koku Anyidoho will go to court over his dismissal from the party.

According to the social commentator, the former Deputy General Secretary has not been treated fairly as laid down procedures were not followed prior to the action.

He explained his optimism stems from interactions he has had with his colleague who he has been together since 2002.

“I didn’t go to court but Koku will go to court to ensure he gets back into the party,” he said on Accra-based Peace FM.

The party, in a statement on Tuesday, July 27, 2021, officially expelled Mr Anyidoho.

A letter, signed by General Secretary, Johnson Asiedu Nketia, which communicated the decision of the Functional Executive Committee (FEC), said Mr Anyidoho was found guilty of the allegations of “misconduct” and “anti-party behaviour.”

But Chairman Allotey, as he is affectionately called, said that never happened, hence the decision to challenge the party in court. 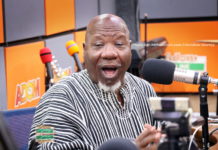 Allotey Jacobs reveals why he left the Catholic Church [Listen] 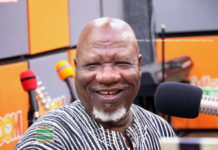