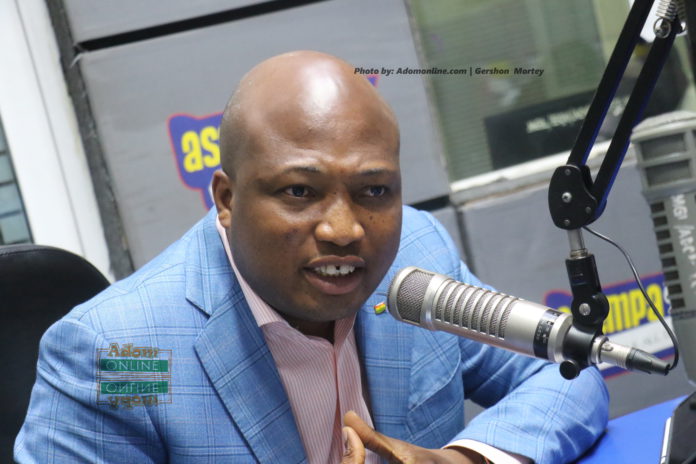 The Presidency, in a strong-worded statement, has questioned the relevance of the Ranking Member on Parliament’s Foreign Affairs Committee, Samuel Okudzeto Ablakwa’s foreign travels.

“Indeed, one may be tempted to ask just what benefit our nation has derived from Hon. Ablakwa’s foreign trips as Ranking Member on the Foreign Affairs Committee of Parliament, ostensibly, to ‘inspect’ Ghana’s Foreign Missions?” the Director of Communications at the Presidency, Eugene Arhin, said in the statement.

His comment was in response to the recent Twitter post by the North Tongu MP concerning details of President Akufo-Addo’s travel to Belgium and then on to Kigali, Rwanda.

Mr Ablakwa on Thursday, June 23 accused President Akufo-Addo of spending €480,000.00 on his recent trip to Belgium and Kigali for a Pan-African Vaccine Manufacturing Project.

Although the Office of the President had denied these claims in a statement, the North Tongu MP said there cannot be any “justification whatsoever for the grave insensitivity of President Akufo-Addo.”

But replying to this in a new statement, the Presidency stated that the travels of the President have been of immense benefit to the country, unlike those embarked on by Mr Ablakwa.

Concerning the President’s recent trip to Belgium and on to Rwanda, the Presidency noted that the trip has secured Ghana the financial assistance from the European Investment Bank for both the establishment of the Development Bank and the construction of a vaccine manufacturing plant in Ghana.

“It is noteworthy that the country’s search for a solution for the perennial lack of long-term financing for the private sector in Ghana has been going on for the better part of the 4th Republic, and it is through the President’s efforts that we now have a vehicle and the means to provide it in Ghana.

“Is Hon. Ablakwa suggesting that the construction of a vaccine manufacturing plant is not essential to the development of Ghana? It seems that he, to quote President Kufuor, knows the cost of everything and the value of nothing,” the Presidency stated.

It added that aside from the financial benefits of the President’s travels, the country has benefited from other bilateral and multilateral projects including the Year of Return initiative and the location of the Secretariat of the African Continental Free Trade Area (AfCFTA) in Accra.

“But, of course, that is an inconvenient truth for the likes of Hon. Samuel Okudzeto Ablakwa. It is, therefore, unfortunate that Hon. Ablakwa would throw out such a cheap shot as that the President flies around for the purpose of ‘meet me there’.

“That kind of language, with respect, cheapens any discourse on these matters. The President’s so-called ‘meet-me-there’ has brought the entire US Congressional Black Caucus and the Speaker of the US Congress to Ghana, in turn motivating Africans in the Diaspora to come to Ghana, where some have decided to make our country their second home.

“It has brought the first Google Artificial Intelligence Centre in Africa to Ghana, which is partnering 84 young Ghanaian start-ups, being run by young entrepreneurs. It has also brought the Twitter HQ in Africa to Ghana; it has brought Volkswagen, Toyota, Nissan, Sinotruk Assembly Plants to Ghana, with Isuzu soon to follow,” the Presidency listed.

The Presidency in the statement further expressed its disappointment in the Former Deputy Minister for Foreign Affairs’ inability to appreciate the importance of the President’s travels.

“Stranger still is the clear impression I get that Hon. Ablakwa does not seem to know that a key part of the President’s job is to travel and engage in economic and political diplomacy, and to project the image of the country abroad, in order to maximise its investment potential. Sad that, as a former Deputy Minister and current MP, he does not appear to appreciate this.

“I am confident that the people of Ghana do. Presidential jets are not meant to provide Presidents with luxurious lifestyles, but to afford them the means to carry out effectively all the tasks of the modern President,” the Presidency stated. 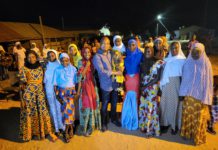