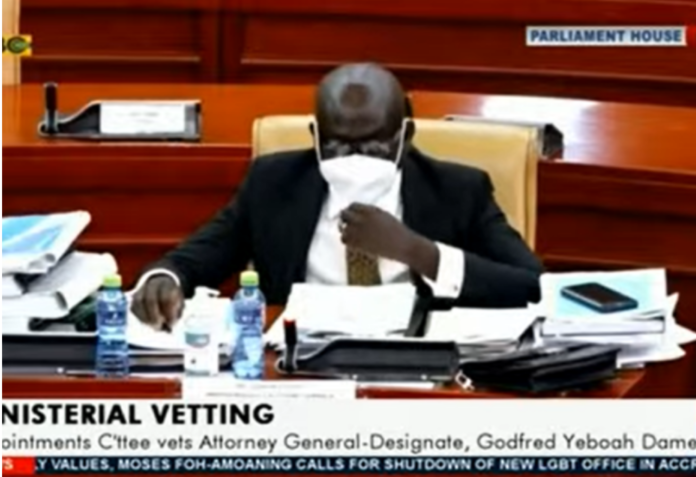 The Minister-designate for Attorney-General and Justice says the former Special Prosecutor, Martin Amidu, was not obliged by law to submit the Risk of Corruption Assessment Report he conducted on the Agyapa Minerals Royalty transaction to President Nana Akufo-Addo.

Godfred Dame, who was being vetted on Friday, told Parliament’s Appointments Committee that Mr Amidu presented the report to the president with the rationale to ‘guide future executive actions of government’.

But, according to Mr Dame, the Office of the Special Prosecutor is an independent body, as such, the former head of the office did not owe the President any official presentation of the report after conducting the assessment.

JoyNews/AdomNews · Agyapa deal: Amidu was not mandated to submit a report to Akufo-Addo – Godfred Dame

“Mr Amindu indicated that he was conducting a Corruption Risk Assessment [on Agyapa]; it will of course entail examination of excessive transaction and its future hazards that the transaction may represent.

“Before the presentation of that report, of course, he did not owe a duty at all to present it to the President. I do not see it anywhere in Act 959 that mandates the Special Prosecutor to present a copy of the report to the President but that was the step he took,” he stated.

Commenting on the resignation of Mr Amidu, the Minister-designate said that the former Special Prosecutor interpreted President Akufo-Addo’s request to give fair hearing to the affected public officers including former Finance Minister, Ken Ofori-Atta on the controversial Agyapa deal as ‘interference’ on his work.

“He indicated clearly in his resignation that he was resigning on account of request by the President to as it were contact the [former] Minister of Finance, to give him a hearing,” he said.

Mr Amidu’s Corruption Risk Assessment on the Agyapa deal raised red flags over the deal and described it as fraught with corruption and bid-rigging.

The Royalties deal has generated so much interest from several quarters because of the alleged controversies of conflict of interest among others.

Some 15 Civil Society Organisations (CSOs) under the umbrella name Alliance of CSOs working on Extractive, Anti-Corruption and Good Governance also demanded the immediate suspension of the implementation of the controversial Special Purpose Vehicle, Agyapa Royalties Limited established by the government through the Minerals Income Investment Fund.

The deal was eventually suspended. 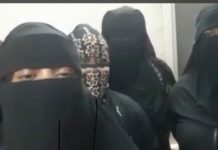 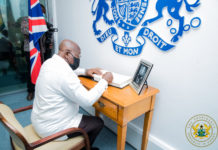