Don Little has been given reason to stay locked up in the United States as African-American ladies are reportedly going ‘crazy’ for him.

From a private proposal to being harassed on the streets, Don Little has become the centre of attraction anytime he stepped out of his home.

In a latest video he posted on social media, an African-American lady is seen professing her love for him, despite his age.

The 17-year-old explained his age makes it illegal to date the well-built lady who claimed in the video that she was also of the same age.

Don then expressed fears of landing himself in jail but the obviously unperturbed lady went low to smooch him in the presence of others who looked on with admiration. 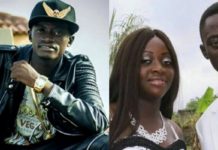 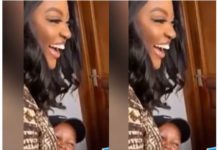