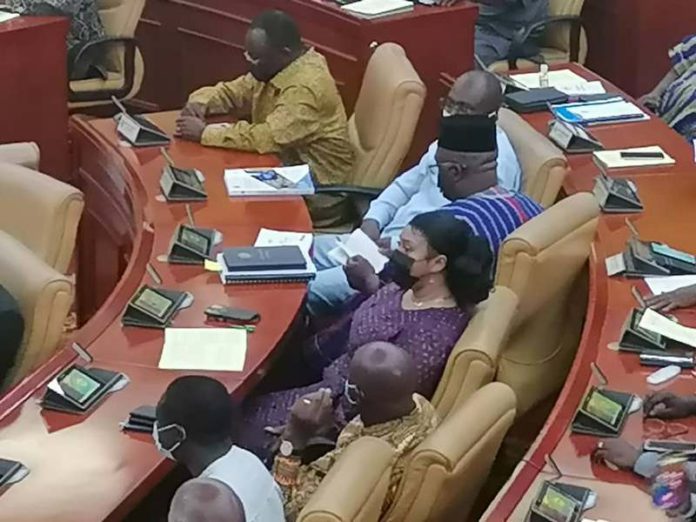 The Minority in Parliament will still investigate a case of impersonation of Dome Kwabenya Member of Parliament (MP), Sarah Adwoa Safo.

They maintained that the lady present in the House during the vote to overturn their decision to reject the 2022 budget was not the Dome-Kwabenya MP.

This comes after Miss Safo had dispelled allegations that, she was absent in Parliament on Tuesday, November 30, 2021.

The Gender Minister stated emphatically that she was in Parliament and voted to rescind the decision by the Minority to reject the 2022 budget.

He claimed a review of the video footage and photos of the day proves otherwise.

“The person we saw today was not the one who we saw yesterday. Certain vitals don’t match,” he stated.

The North Tongu MP claimed their preliminary findings on the impersonation issue “are quite disturbing”.

Mr Ablakwa said there are several technologies available to them to prove their case to protect the integrity of Parliament.

“Adwoa Safo is our colleague, we have nothing against her but these are matters we just can’t let go. The public is interested and we must also protect the integrity of Parliament,” he added.