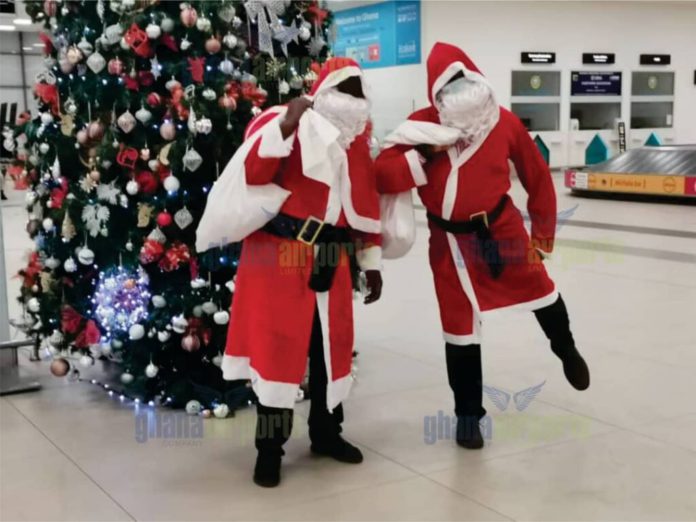 The Board Chairman of the Ghana Airports Company Limited (GACL), Paul Adom Otchere, has dismissed claims that Christmas trees at the Kotoka International Airport (KIA) were bought at GHS84,000.

According to him, the outfit bought four trees at GHS34,000 after two separate suppliers were invited to submit bids.

The bids were discussed with heavy discounts obtained from Jandel Limited and Favors and Arts who were the suppliers.

However, the other inspirations, he explained were provided by Favors and Arts for a total cost of GHC 84,000 out of which GHC 50,000 was obtained via sponsorship.

His comment comes after a Facebook user alleged Christmas trees were bought at GHS84K while workers’ salaries were not paid on time.

But Mr Adom-Otchere further disputed the claims, stating salaries and bonuses have been duly paid.

He stressed claims that invoices were issued in his name were untrue.

“It is ridiculous for anyone to say that the invoices from these two reputable companies were issued in the name of the Board Chairman, that just means the author of such spurious allegations has insufficient acquaintance with corporate workings,” he said in a lengthy social media post.

He has, therefore, urged the general public to disregard these unfounded allegations, noting GACL has a fully operational corporate affairs department that is able to attend to all public enquiries.

Here are the facts: pic.twitter.com/hBVMqkpcVr