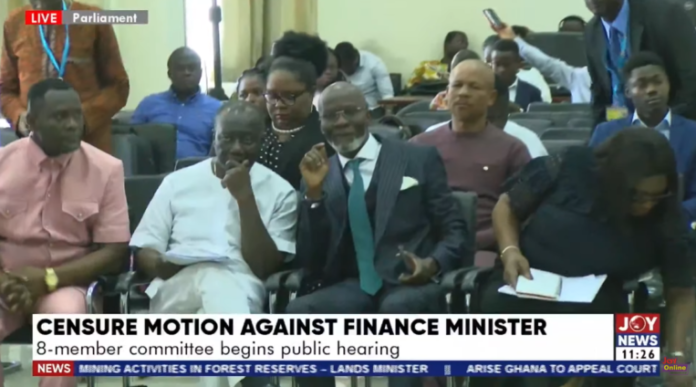 A lawyer and prominent member of the New Patriotic Party, Gabby Asare Otchere-Darko, has appeared before parliament as lawyer for Ken Ofori-Atta at the ad hoc committee hearing.

Mr Ofori-Atta, Finance Minister, has appeared before the ad hoc committee to probe allegations in a vote of a censure motion against him.

The eight-member ad hoc committee was made of Members of Parliament elected by the leadership of both sides of the House.

Their main task is to probe the seven allegations contained in the censure motion filed late last month by Minority Leader, Haruna Iddrisu, which motion is seeking the removal of Mr Ofori-Atta from office.

The committee is expected to submit a report within seven days.

It is chaired by Member of Parliament for Adansi Asokwa, Kobina Tahir (K.T.) Hammond and the MP for Bolgatanga, Dr Dominic Akuritinga Ayine.