Some six prisoners have regained their freedom after being convicted of petty offences but were unable to pay the court fines between GH¢320.00 and GH¢900.00.

Their liberty comes after the Commonwealth Human Rights Initiative intervened in partnership with OSIWA by settling the court-imposed fines at the Kumasi Central Prisons.

The gesture forms part of an advocacy project aimed at decreasing the criminalisation of petty offences in the country.

Speaking to JoyNews, one of the released inmates, Atta Kwesi Nuako, a taxi driver, said he learned lessons as life in the prison was not easy and advised everyone to be cautious about friends and in all they do.

He was convicted for stealing by the Bekwi Circuit Court. For failing to pay a fine of GH¢336.00 he was sentenced to 10 months imprisonment.

“I have learnt a lot of lessons here; it is not easy to be an inmate in the central prison. A group of 18 inmates, we sleep under one bed, and you cannot even turn whilst in sleeping position,” he said.

The Project Officer for access to Justice at the Initiative, Anthony Sedjo, said there should be a non-custodial sentence law so that some of these people will do community services or communal labour instead of imprisonment.

“We believe that people who commit petty offenses like hawking, like traffic offenses, should not find themselves in jail,” he said.

The Kumasi Central Prison is one of Ghana’s overcrowded prisons as it currently accommodates over 1,800 inmates although the facility was built to house 600 persons.

The Assistance Criminal Records Officer of the Kumasi Central Prisons, DSP Francis Yaw Apaw, said about 40 per cent of the inmates committed petty crimes such as stealing, assaults and traffic offences.

He, therefore, called on individuals, groups or organisations to intervene by also paying court fines of inmates with such offences who are languishing in cells.

“When we get such help, it will go a long way to ease the pressure on this facility. Averagely those with petty offences are the people that come in a lot; they contribute to about 40 per cent of the total population,” he revealed.

However, officials of the project hope the initiative, which has already seen some 60 inmates regaining their freedom, will help decongest the overcrowding prisons in the country. 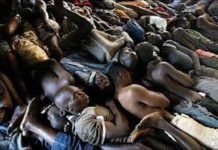 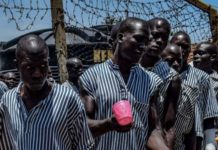 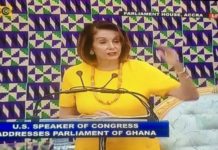 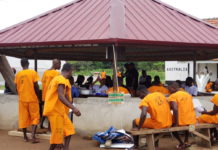