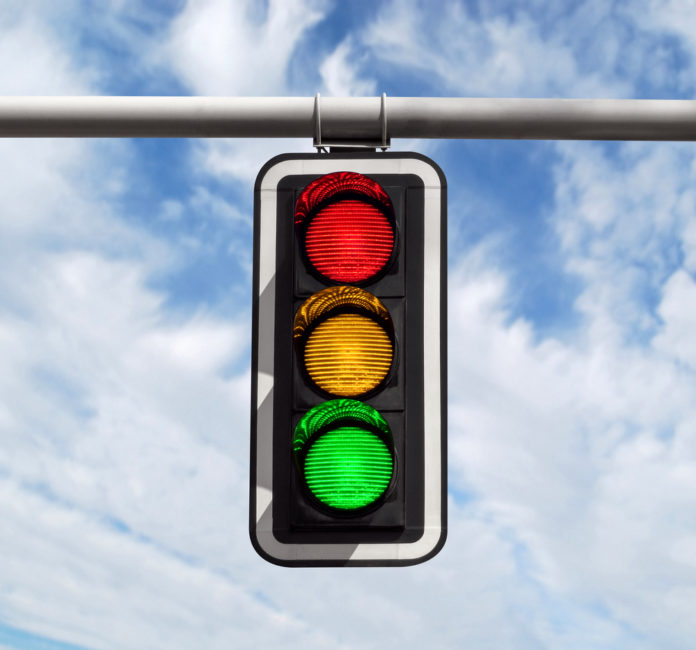 A cargo car transporting what is believed to be sacks of rice has destroyed the newly fixed traffic lights on the Anyaa-Fanmilk – Ablekuma road stretch.

Per reports gathered from eyewitnesses by adomonline.com, driver of the cargo car in an attempt to beat the stop sign of the traffic light, sped, but lost control crushing into the traffic light stand.

C J Forson, host of Adom FM‘s Dwaso Nsem spoke to the Assemblyman for Ablekuma North electoral area, Bernard Ansah, bemoaning the incident which took place Tuesday evening, in view of the onerous efforts made in ensuring the traffic lights are fixed.

There were reports of incessant deaths on the Anyaa-Fanmilk – Ablekuma route – due to malfunctioned traffic and street lights coupled with the absence of footbridges.

Residents of Awoshie and its environs lamented over the malfunctioned traffic and streetlights as that led to accidents on the route resulting in many deaths.

As of Friday, August 7, 2020, it emerged that personnel from the National Road Safety Authority had begun fixing the lights and were due to complete it by August 21.

Man drowns trying to save son in Awoshie

I am not too well – Asante-Akim North MP facing contempt...

Lydia Forson gives fans a full view of her body in...

Kwaw Kese shares beautiful photos of his daughter as she celebrates...