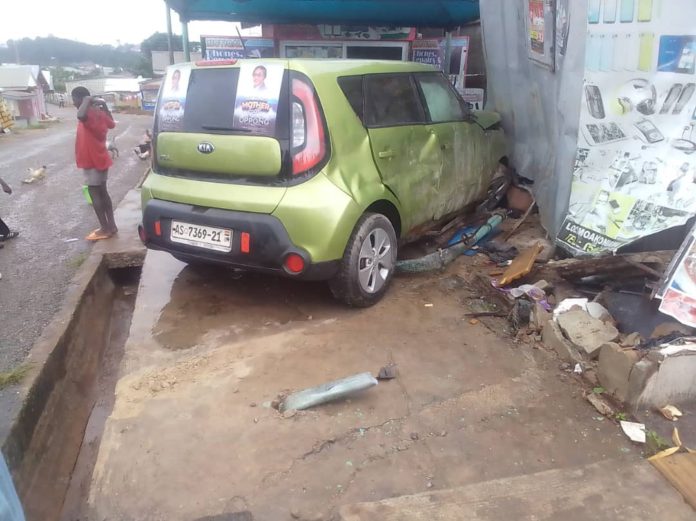 A Kia private car with registration number AS 7369-21, has killed a 48-year-old woman at Asante Akyem Juaso after running into a chop bar due to brake failure.

The woman, who was selling her black malt on Sunday afternoon behind a chop bar at Juaso junction, was crashed to death after the brake of the car failed.

The victim was taken to Juaso Government Hospital where she was pronounced dead.

The driver of the car also sustained some injuries when the incident happened.

An eyewitness, Otani Yaya, revealed this to Adom News.