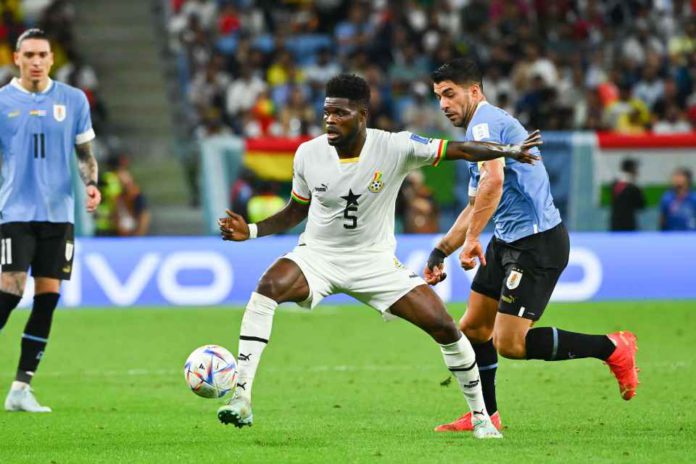 Thomas Partey has pledged that the Black Stars will bounce back stronger from their early elimination from the 2022 World Cup.

Ghana, who were making their fourth appearance at the Mundial, suffered elimination from the Mundial after finishing 4th with three points in Group H.

The playing body and the Arsenal midfielder, especially has come under criticism for failing to step up his performance.

Following the team’s early exit from the tournament, the 29-year-old took to social media to appreciate the support of Ghanaians during the tournament three days after the Black Stars’ exit.

“It was our biggest wish to give Ghanaians something to cheer about, but unfortunately it didn’t go as we wanted,” he wrote on Facebook.

“I want to say a huge thank you for the unconditional support from home and across the world. With the support of God, we will come back stronger.”

Ghana needed just a draw against Uruguay to progress to the last 16, but fell to a 2-0 defeat against the South Americans on Friday.

This is the second time the Black Stars suffered elimination from the global showpiece after exiting at the group phase in Brazil in 2014.