Ghana will join other Commonwealth nations to display the Queen’s Baton to mark the preparations for the next Commonwealth Games in Birmingham in 2022.

According to the Commonwealth Games Association Ghana, the Baton will arrive in Accra on October 25 from Sierra Leone, and the first person to hold it will be President Nana Akufo-Addo at the Jubilee House on October 26.

The Baton Relay will then start in Ghana, moving from the Liberation Circle through Opeibea House, Stanbic Heights, Airport Bypass Road, Aviation, El Wak to Tema, Valco Round About, Harbour and other places in the popular town which is known as the centre of Ghana.

On the second day, October 27, the Baton will move to the Garden City of Kumasi in the Ashanti Region to the Manhyia Palace, where the Asantehene Otumfuo Osei Tutu II will receive it, and hand it over to other dignitaries at Rattay Park, Bonwire Tourist Center and Adinkra Village at Ntonsu.

Many dignitaries have been identified to handle the Baton in Kumasi before it moves to Cameroun.

Meanwhile, the President of Commonwealth Games Association Ghana (CGA), Mr Ben Nunoo Mensah has called on Ghanaian sports fans to support the Relay to make the event memorable and successful.

Some popular figures including politicians, sportsmen and musicians have been lined up to pass on the Queen’s Baton. 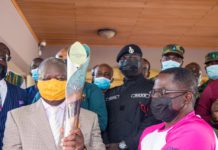 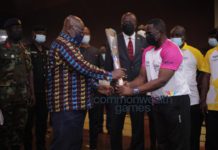 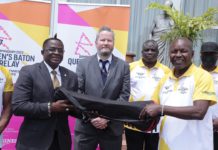