Deputy Ranking Member on Parliament’s Trade and Industry Committee, Yusif Sulemana, says the One-District, One-Factory (1D1F) initiative under the New Patriotic Party (NPP) government has been a failure over the last four years.

According to him, majority of companies under the initiative were first supported by the previous National Democratic Congress government and the NPP should not be taking credit for them.

“Most of the projects they claim they have done got support from Mahama’s administration. I worked with EXIM Bank, hitherto, EDIF. We gave so much support to these companies. We didn’t name them as 1D1F.

“If we were to separate that from the total number of factories they claim they have done, then you will see they have done nothing,” the Deputy Minority Spokesperson on Trade and Industry told JoyNews in an interview.

Mr Sulemana told Joy News a lot of the factories under the initiative are not functioning because they were not properly thought through: “You need to give attention to the raw material base. You don’t rush in putting up the factory without the raw material. What they are doing is just help build white elephants. NPP failed because of the populist approach to the whole concept of industrialisation,” the Bole Bamboi Member of Parliament noted.

“Rural industrialisation is the way to go. But the way around it is not for you to just walk around and say that everywhere you see land, you want to put a factory there. No. You have to ensure basic economics. Factors of production. Raw materials are very essential. So, if you don’t build the raw material base, why do you put up a factory?” Mr Sulemana said.

He says a future NDC government will better industrialise Ghana:“We are saying we will take our time to build a raw material base. We will solve the technical issues. And ensure that the factory runs all year round.”

Meanwhile, Deputy Minister for Employment and Labour Relations, Bright Wireko-Brobby, says the Ghanaian economy is on the path to a take-off following the laying of a good foundation over the last four years by the NPP.

“A lot of things have been done already on the ground. So, the second term of Nana Addo is a take-off stage. So, we are going to see massive development,” the MP for Hemang Lower Denkyira told Joy News. 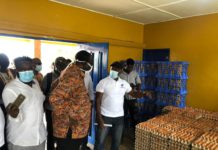 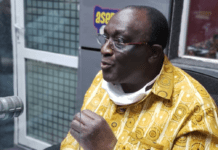 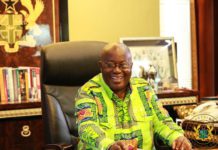 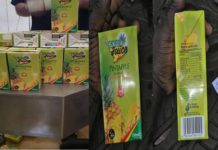