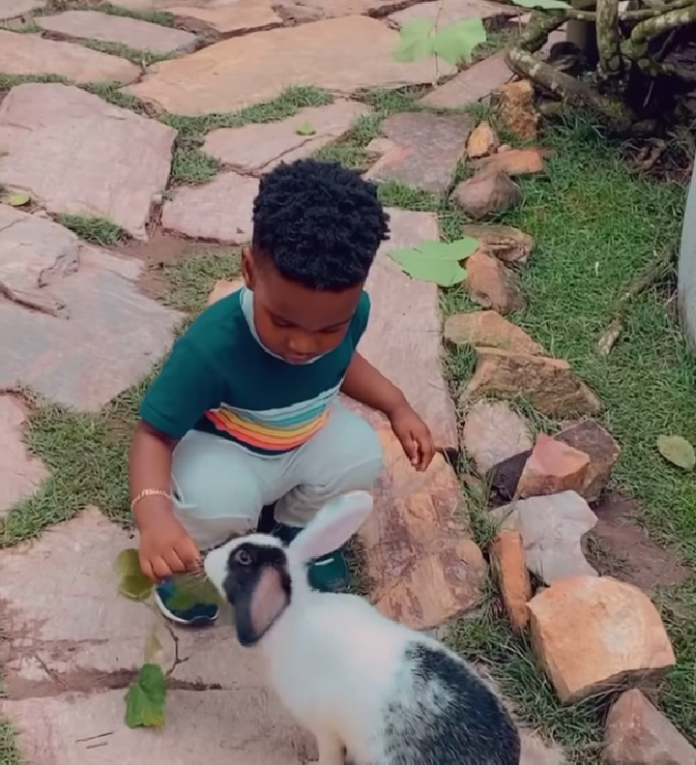 Gifty Mawuena, the wife of actor-turned-politician, John Dumelo, has caused a stir on social media with a video of her son feeding a rabbit.

The video captures the son, John Dumelo Junior, giving the rabbit a leaf to chew in their home.

Clad in a green t-shirt with a rainbow design in front, he patiently held unto the leaf as the rabbit chewed every bit of it.

In demonstrating his relentless love for the animal, young Dumelo, in addition to the feeding, gave it a pat at the back.

His mother, Gifty Mawuena Dumelo took to her Instagram page to share the video captioned: A farmer’s son indeed….his love for animals 💙💙💙😱 @johnd_jnr.

The adorable video has earned the boy praises from fans and followers.

Many have testified he has proven to be a son of his father who over the years has declared his love and plans to make Agriculture a lucrative business in Africa.