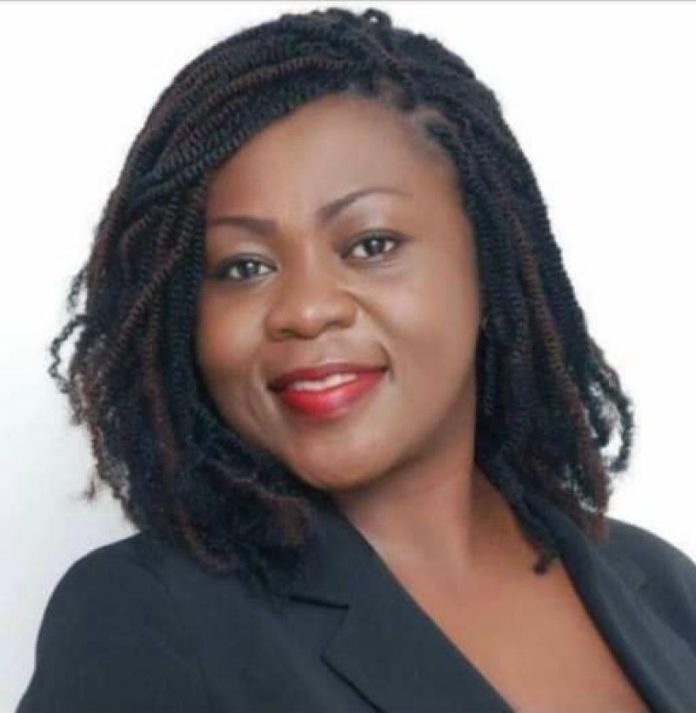 Chief Executive Officer (CEO) of Afia Radio Sunshine in Cologne, Afia Pokuaa, has dismissed calls for the removal of Henrietta Lamptey as head of the Births and Deaths registry.

According to her, Madam Lamptey has been one of the pillars of affirmative action, hence President Nana Akufo-Addo must retain her.

Madam Pokuaa made the clarion call on Asempa FM’s Aburokyire Nkommo, saying her call was on behalf of Ghanaian women Abroad.

“Women of today are no longer in the kitchen. I strongly recommend this position to be for only women as we understand labour at birth. She is not going to work alone, the department has competent staff and the government has to give every resource for her to achieve her dreams.

Pokua said she believes President Akufo-Addo is a listening President hence she trusts him to do right by Madam Lamptey.

She, however, indicated their [Ghanaian Women Abroad] readiness to demonstrate against any decision by the government to remove her.

“What powers do CLOGSAG’s Executive Secretary, Mr Isaac Bampoe Addo have to tell the government of Ghana and the Minister of Local Government to reverse, Mrs Henrietta Lamptey’s appointment? Are you a government advisor or Member of the Council of State,” she quizzed.

Madam Pokuaa also called on female advocacy groups including the Women Caucus in parliament, the Ministry of Gender, women organisations in Ghana among others to resist the calls for Madam Lamptey’s removal.

She also charged women appointed into higher positions to justify the inclusion of more women to pave way for more females.