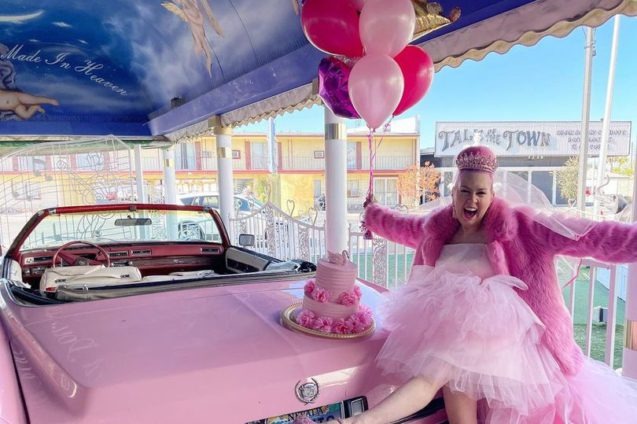 For many people, January 1 means new beginnings and new resolutions but for Kitten Kay Sera, it will forever be her historic wedding anniversary.

In front of a pink-clad crowd, sitting in a pink Cadillac, Kitten Kay Sera said “I do” — while clutching a colour swatch with shades of bubblegum, flamingo and carnation.

On Saturday, January 1, at noon, Sera became the first person to marry a colour.

“I actually have a giant pink swatch, like a pink paint swatch, so the colors are like my favorite,” Sera said. “They’re all listed, and I’ll be holding my pink swatch.”

“I’ve had my relationship with the color pink for 40 years.”

The idea to tie the knot came two years ago.

While the idea to marry a color sounds crazy, Sera said she encourages everyone to do what they love while they still can.

“Have fun with it. Have a ball. You’re only here for a little bit of time. Have a blast,” Sera said.

The wedding happened at A Little White Wedding Chapel. Guests were asked to wear pink.

Man disguises as woman, gets married for 16 months 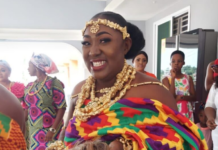 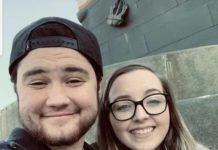 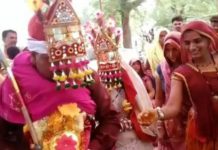 Man marries three girlfriends in bizarre ceremony after 15 years together