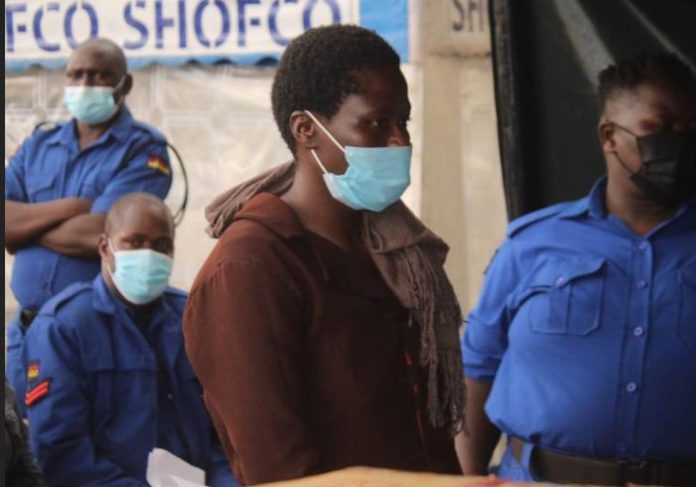 A Kenyan woman has landed herself in court after she allegedly slapped a young boy whom she found sitting outside to a point of him loosening his teeth.

This was after she mistakenly accused him of throwing stones at her house.

The court heard that “Scovia Muyekho willfully and unlawfully assaulted R. D., occasioning him bodily harm on September 27, 2021, at a residential area in Lindi within Kibera Sub-County.”

On the stated day, the minor R. D. was outside sitting on a rock. His mother was not around as she had gone running her daily errands.

Outside, there were some children playing and throwing some stones onto Muyekho’s house

She was irritated by the children’s behaviour so she dashed outside to warn them but they were long gone.

They were escaping Muyekho’s wrath.

The accused person found out that R.D. was the only one sitting outside and without confirming who exactly was pelting stones at her house, he bitterly accused him of something he allegedly did not do.

An enraged accused went inside her house only to approach the minor from behind and gave him hot slaps that sent him sprawling onto the ground.

R.D. ran to their house while crying and in much pain. His two teeth had loosened as a result of a slap impact.

The minor told her what had transpired and that the next-door neighbour was the one responsible.

The boy had difficulties in eating and six days after the incident, his uncle took him to the hospital whereby the shaky teeth were removed.

On October 3, R.D. was escorted by his mother to Kibera police station where they recorded the statement and the accused was apprehended and charged before Kibera Principal Magistrate Sharon Maroro.

She denied the claims saying that the complainant had agreed to withdraw the matter but Maroro could not approve the withdrawal since the victim was a minor.

Muyekho was released on a cash bail of ksh10,000 pending mention on October 25.