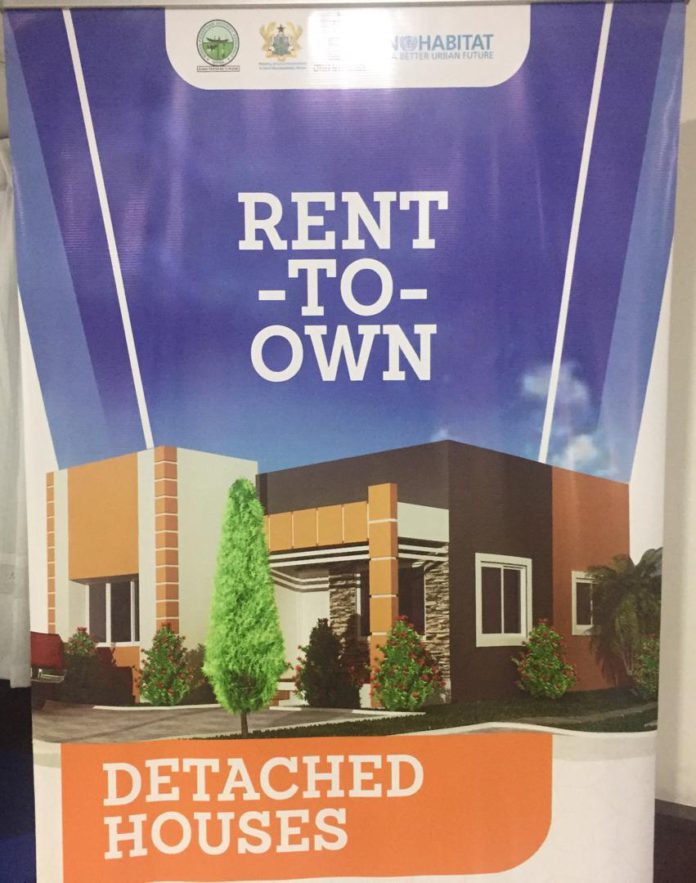 To help reduce the huge housing deficit in the country, Planned City Extension Project under the auspices of Cities and Habitats has announced lucrative housing package for civil servants and government workers.

Addressing the media at the launch, the Project Manager of the Planned City Extension’s Rent-To-Own, Daniel Ohene Aidoo, disclosed that Rent-to-Own is an income responsive housing or income-based housing project to ease the pressure on civil servants and government workers.

On funding sources, Mr Aidoo said that financial obligations are on the shoulders of Cities and Habitats.

He said plans are far advanced to go to other places as many people are interested in the project.

Meanwhile, Mr Aidoo revealed that there are other packages for private workers and media persons.

The Planned City Extension Project’s Land and House Ownership Scheme, is a Rent-To-Own Scheme of a hybrid workable housing delivery system or approach and it is pivoted on making good planning and engineering work for persons including low-income groups and maximising spatial development for current and future needs.