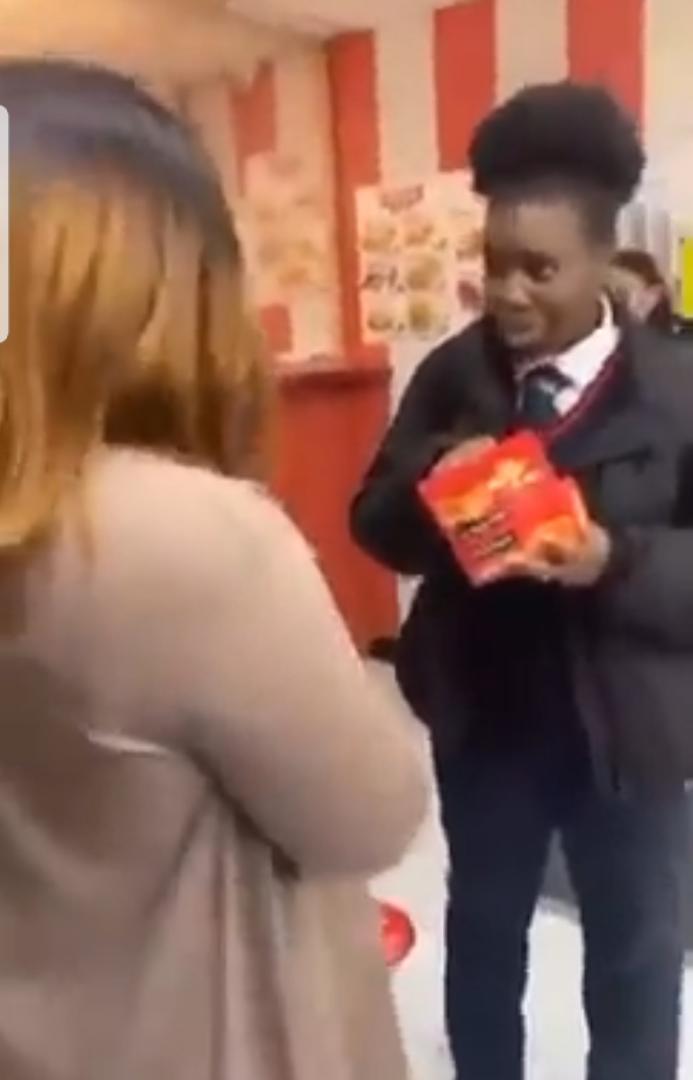 In the video, the woman is seen confronting the 15-year-old girl for misbehaving at a chops and chips restaurant, in the presence of her schoolmates.

At that time, the intent was not known, but the latest information indicates that the African woman interrupted a conversation the school children were having.

Her action was unappreciated by the 15-year-old who asked her to “stop shouting in my face” after the woman ordered her to shut up.

This led to a heated verbal argument as the African woman laments the indiscipline harbored by children abroad.

“You are not my mother so why should I respect you,” the lass replied the entitled woman.

During the exchange, the woman was calm until she was called a “damn fool”, triggering her to land a slap in the minor’s face.

Giving an update on the attack, the sister of the school girl disclosed that the matter has been reported to the police and the woman in question has been arrested.

She added that the matter will be taken further as abroad laws explicitly frown on physically abusing a minor, one who isn’t related for that matter.

This has sparked diverse opinions on the matter. Some have justified the arrest, arguing that Nigerian culture is impermissible in some countries.

Others have also chided the little girl for gross disrespect to the elderly woman.