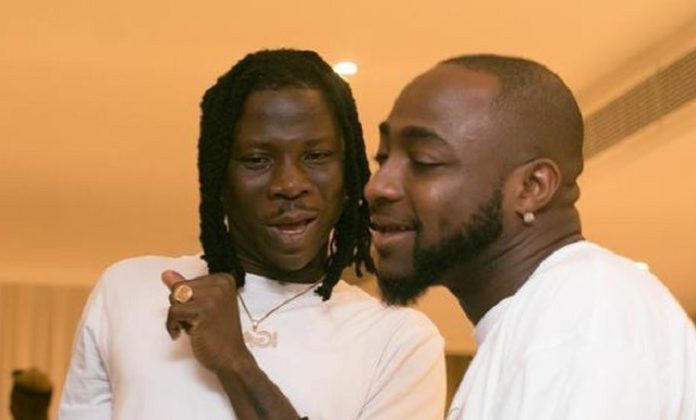 A video of Stonebwoy begging Davido and Nigerians during one of their link-ups has stirred massive reactions on social media.

Stonebwoy after supporting Shatta Wale to call out Nigerian acts over their disloyalty to Ghanaian musicians made a u-turn on his comments after meeting Davido.

Stonebwoy in a tweet dated December 30 shared his thought on how Nigerians who seem to have found their feet on the music ladder are failing to push other artistes particularly from Ghana.

According to him, Nigerians are forfeiting the great responsibility of helping forge a united African front by deliberately allowing music from other African countries to flourish on Nigerian platforms.

His comments, however, did not auger well with some Nigerian acts, majority of whom are his close associates outside the music circle.

After receiving massive backlash, he returned to explain that his comment was not to seek entitlement, but was misinterpreted as so.

It is for this reason that he made a u-turn and apologised during a link up with his ‘brother’ Davido and other A-listed artistes including Jamaica’s Popcan.

In the video which has since gone viral, Stonebwoy could be heard repeating “I beg oo, Naija I beg oo”.

This has been received with diverse opinion; majority in total disagreement and others have opined it is a step in the right direction to ensure Ghanaian music is not blacklisted in Nigeria. 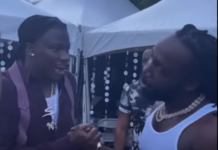