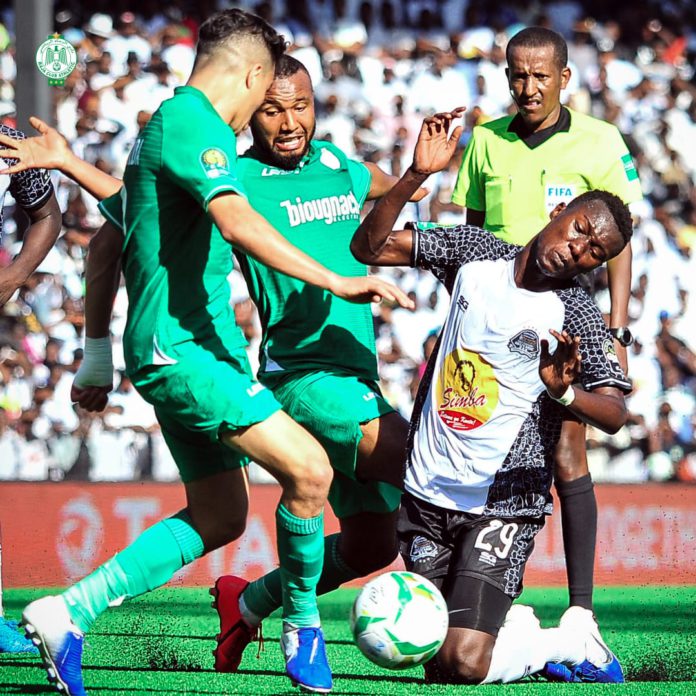 Four Moroccan teams were registered for the CAF Champions League and the CAF Confederation Cup this season and all four have been flawless as they have qualified for the semi-finals. What has accounted for this unprecedented success and what can Ghana learn from this?

It is a historic achievement for Moroccan clubs as all four were among the semi-finals last week by reaching the semi-finals of the Champions League and the Confederation Cup. While Morocco enjoys this success, clubs from Ghana – a country also known as giants in African football – even struggle to qualify for the group stages. This begs the question why?

In the second competition, the equivalent of the Europa League, RS Berkane and Hassania of Agadir eliminated the Egyptian side Al-Masry 3-2 on aggregate and 7-0 on aggregate against Al-Nasr of Libya respectively. Ironically, the two Moroccan teams will face each other in the semi-finals on May 3 and 10.

Since the early 2000s, only WAC has won the CAF Champions League in 2017, allowing Tunisian, Egyptian, Congolese and Nigerian clubs accumulate titles. The results are more flattering in the Confederation Cup, the second-tier continental club competition, with four trophies – FAR of Rabat in 2005, FUS of Rabat in 2010, Moghreb of Tétouan in 2011 and Raja in 2017.

These results reflect the efforts made at different levels of Moroccan football, under the leadership of the Royal Moroccan Football Federation (FRMF) and its very active president, Fouzi Lekjaa.

“In recent years there has been a desire to change things, to professionalise. I’ve been playing in Morocco for a little over a year and a half, I think its championship is one of the best in Africa,” explains Burkinabé international Alain Traoré, the Berkane striker, who previously played for French sides Auxerre, Lorient and Monaco.

The successes recorded by the kingdom’s clubs rest on an ambitious sports policy and an improvement in the economic conditions of the clubs.

Matches between Raja and Wydad are highly competitive

After his election in 2014 as head of the FRMF, Fouzi Lekjaa, who is also director of the state budget and former president of the Berkane Sports Renaissance, began to implement his ambitious policies centred around three essential themes.

“First, take care of the infrastructure. This involved renovating stadiums or building new stadiums, whether for professional or amateur clubs. And he put an end to artificial pitches to impose natural playing fields. The president also asked that the clubs be structured at the administrative level and that they adopt rigorous management policies,” explains Jamal Kouachi, member of the FRMF’s steering committee.

Thus, the clubs are placed under the supervision of the National Directorate of Control and Management, inspired by the French model. In return, the FRMF grants each Ligue 1 club an annual subsidy of around 600,000 Euros.

“And those who participate in the African Cups benefit from financial assistance from the federation, for travel and accommodation,” continues Jamal Kouachi. Thus, the FRMF had chartered flight to allow the Raja Casablanca to travel to Lubumbashi in the best conditions to face TP Mazembe.

The body also decided to grant Moroccan clubs bonuses based on their performance on the national scene. “Economically, the clubs are doing better. In most of them, wages are paid on time, training conditions improve. As the general level improves, Moroccan football is even more attractive and this attracts foreign players and coaches who help to improve it,” continues Traoré.

Morocco has also emphasized the training of young players, with the possibility of training them to play for professional clubs in the country. Football academies have opened in Berkane and Tétouan, and that of Raja Casablanca will be inaugurated in the coming months.

“When he was elected, Fouzi Lekjaa had a football development program asking the clubs to strengthen their training policy,” recalls Mustapha El Haddaoui, former Morocco international (55 caps) and president of the Moroccan Union of Professional Footballers.

In 2019, King Mohammed VI inaugurated a football training centre bearing his name in Salé, near Rabat at the cost of about $65m. The football centre sits on a 30-hectare piece of land. It features world-class equipment, leading sports science equipment as the north African country gears towards developing high-achieving football stars.

Such centres are springing up across the country from which came several Moroccan internationals such as Youssef En-Nesyri of Sevilla, Nayef Aguerd and Hamza Mendyl of Dijon trained. Training centres, placed under the authority of the FRMF, have thus been created in several regions of Morocco.

Of course, Moroccan football, the first African country to use video assistance (VAR) for its league games, still has to fight against certain bad habits, such as technical instability, consisting of changing coaches several times in the same season, and problems of violence in stadiums, even if the phenomenon tends to decline.

“There has really been a big step forward. The clubs work better, they prove that they are able to compete with the best of the continent, like Esperance of Tunis, TP Mazembe or Al-Ahly. The awareness was made at the level of the federation, which invests a lot of money, and also of the State, involved in this project. It is a work in-depth and the results of the clubs these last months are the translation of it, summarizes Mustapha El Haddaoui.

This shows that with an ambitious project from the federation to boost clubs and a huge cash injection from the Ghana government, the best conditions can be created for Ghanaian clubs to return to the top level of African football. This injection of cash must go directly into grooming young players, improving infrastructure, improving club administration and welfare of players.