I’m one of the women who found love in their workplaces. It wasn’t easy from the beginning. Though he was highly ranked than I was, we were in the same department and worked from the same office block.

We knew what we were doing was against company policy but when love finds you and calls your name, all you have to do is to say yes regardless of the circumstances you find yourself in.

He said he loves me and I said I love him too. I asked, “but how are we going to manage?”

He said, “don’t worry, we only have to pretend that nothing is going on and no one will suspect us.”

So we stayed in the same company and dated for two years without making it official. Yes, some close friends found out and some other not too close friends also had their suspicions but in the end, we were just fine until we decided to get married.

We had to declare our intentions to the Human Resource office. He told us, “you know our policy. If you both decide to go ahead with the marriage then one of you has to resign.”

We knew that very well, right from the beginning so we were not surprised when he said it.

He gave us some time to think about it and report back to him. We stayed at work together until the very final day that we had to get married.

I took my leave to have the wedding and after my leave, I sent in my resignation.

My husband was receiving a bigger salary than I was receiving. He was highly ranked than I was and he had a lot of benefits to his position than I had so we both decided that I was going to be the one to resign and look for another job elsewhere.

We got married and a year later I was still unemployed. I didn’t want to start making babies before starting a new job. I wanted to settle in a new role before the babies start coming. As hard as I tried, there was no opening for me anywhere.

I attended several interviews where I knew very well that I delivered but in the end, I got what everyone gets at the end of every interview: “Thank you for coming, you’ll hear from us very soon.”

The longest ‘soon’ I know is when Jesus said in the bible about his coming: “I’m coming soon…”

The second longest soon you’ll hear on earth is the ‘soon’ you hear after an interview. They make it sound like just after the interview they were going to call you but they never do.

I called some of the institutions I interviewed for and asked if it was soon already, but they all said, “don’t worry, we are still compiling the list of successful candidates and you’ll soon hear from us.”

At some point you give up and move on knowing soon may never come. But when you stay home over a year without a job, it gets to you. It robs you of your happiness and it starts creeping into your confidence.

It’s as if you’re not good enough or the world is looking for someone who isn’t you. I woke up every morning watching how my husband was eager to get ready and go to work.

He looked fulfilled anytime he spoke about his job and career. I was left thinking of when I was going to start a career of my own.

No, he didn’t starve me. He provided the basic necessities of life. Some times he dashed me money for no reason at all;

“Take this and buy yourself some chocolate,” he’ll say but no matter what people give you, if you’re a woman with the kind of heart and mind I have, you’ll always love to work for your own.

Because no matter what, there are some things you’ll need that your husband might think it’s stupid to waste money on.

If you have your own money, you just go ahead and buy that stupid thing because it’s all your heart wants at that moment in time.

I needed to start working before starting a family. I haven’t had a work to do so starting a family was pushed to the fore. One morning, my husband didn’t go to work and his demeanor looked like someone who was worried about something.

I tickled his senses and he opened up to me. He said: “Why don’t we start already? There is always time to look for a job but time to begin a family can be limited. No one can stop you from starting a job just because you’re pregnant or nursing a baby. It’s always possible.”

I told him, “All your life working in that company, have you ever seen a newly employed pregnant woman? Yeah, it’s easy to think companies will do that but they don’t often do that.”

His frustration got to me so I made him a promise: “No matter what happens, we’ll start getting pregnant at the beginning of next year. Let’s hope for good things but with or without a job, we’ll still do it.”

It was July when I made that statement. That meant I had only five months to look for a job. One day, in a church discussion, a lady made a passing comment that kept ringing in my head all day.

She said: “These days, if you attend an interview with a ring on, interviewers look at you and all they see is a woman carrying a baby behind her back while talking to them. They don’t treat you the same way.”

I’ve attended so many interviews and I didn’t feel like they treated me badly because I was wearing a ring but what she said aligned with my situation perfectly that I started giving it some thought; “Hmmm I see, that’s why they never call back.

“Look at how well I nailed all the interviews I attended, they were all nodding when I was talking so how come I never got a callback?”

So in my next interview, before I entered the premises, I removed my ring and placed it in my purse. Seated in front of me were four men and a lady who was the moderator.

They welcomed me and told me not to be intimidated because it was going to be a discussion. We spent over an hour there.

The aura was good and again, I was able to deliver. The lady moderator told me: “Thanks for coming, you’ll hear from us in the course of the week.”

And I did hear from them in the course of the week. The lady moderator called me one morning telling me I was one of the five people who had been shortlisted for the role and had to attend another round of interview the following week.

After the second round of interview, one of the guys on the panel approached me and introduced himself to me as the head of Human Resource.

He said: “This is against protocol but I must say I’m impressed with your delivery and I believe my other colleagues were equally impressed. Can we talk some time, at a place that’s not here?”

He gave me his card and asked me to call him later.

Two days later I called. He said: “The competition around the role is very keen but I’m working hard in your favour so let’s see what happens.”

The next day he called me. The following night he texted me. The next afternoon he invited me for lunch and after lunch asked me to have diner with him at some time.

Through it all, I kept my ring in my bag so he didn’t know I was married. I got the sense that I was going to get the job not because he was helping me but because I delivered but I was also careful not to upset the balance. I played along until his demands got intense.

Today meet me here, the next day meet me there. I made a lot of excuses to avoid being trapped with him. I told him: “Don’t worry, I’ll be working with you if I get the job. That means, you’ll see me every day and we can go wherever.”

He was impatient but I was always calm until one morning I received a call from the lady moderator. She said: “Congratulations, you’ve been offered the role as so-so-and-so and you’re expected to start working next week Monday.”

I went for my appointment letter the following day and submitted my acceptance letter that same day. In the evening, when I was celebrating the offer with my husband, I saw him calling.

I didn’t pick his call. He texted, “Congratulations. Can’t wait to see you on Monday.”

On Monday morning when I was introduced, I saw his eyes panning over my ring. The look on his face was that of confusion and disbelief. Later I went to his office to thank him. He asked, “The ring, are you married?”

I answered: “Yeah I’m married, why do you ask?” He said, “I’m only asking because you were not wearing it the many times we’ve met.” I told him, “I haven’t been wearing it for a while because it was too tight. It’s better now.”

It didn’t stop him from coming.

He called me at night and called on weekends just to try his luck on me. At some point. I had to stop being a nice girl and give him a piece of my mind.

I was firm and I was straightforward; “I’m married and can’t do what you seek of me.

“Please don’t frustrate me. I’m here to work and return to my family after work. Don’t add any burden, I beg you.”

From that day on, he kept his distance. It was only hello and hi between us and I loved it.

A little over a month later, he came to work with a ring on his finger. I asked a colleague, “How long has that man been married?”

She said: “Bruce? He has been married since I saw him here.” I asked, “And he doesn’t wear his ring until today?” She said, “You’ve realised that too? It’s on and it’s off. He says he reacts to jewellery.”

I smiled and said to myself, “So he wanted to make a victim of me.” 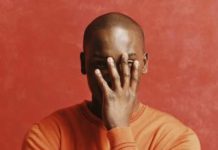