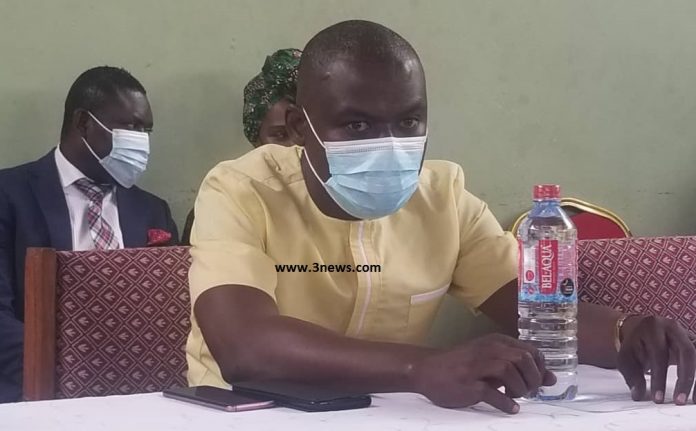 An assembly member in Cape Coast has revealed why he voted against the President’s nominee for Municipal Chief Executive (MCE), Ernest Arthur.

Hamid Alhassan, popularly known as Big Man, said he voted ‘No’ because the MCE failed to open a public toilet built in his electoral area for the past four years.

“My people told me to vote ‘no’ because of the closure of the public toilet for the past four years. My people don’t have a place to attend to nature’s call; it’s very embarrassing” he said in an interview on Adom FM’s morning show, Dwaso Nsem Monday.

Voting to confirm Ernest Arthur was marred by violence after some assembly members claimed the process of sorting of the ballot by the Electoral Commission (EC) was not transparent.

After counting, 45 assembly members voted ‘YES’ while the ‘NO’ votes were said to be 18, bringing the total valid votes cast to 63.

This brought confusion and but for the intervention of the police, the situation would have been chaotic.

Subsequently, however, Mr Arthur secured 45 out of the 63 valid votes cast and was duly confirmed as the MCE of Cape Coast.

This development, Mr Alhassan described as a communist inferior tactics employed by supporters of Mr Arthur to rig the elections.

He indicated that 33 of them voted ‘no’ thus he finds it impossible for the President’s nominee to be confirmed as MCE.

Mr Alhassan described it as false, claims that there were demanding money from the nominee before casting their ballot.

“Nobody can influence me with money; that is my principle. I voted ‘no’ because of the lack of development in my electoral area,” he explained.

Even though Mr Arthur has been confirmed as MCE of Cape Coast, the assembly member said they won’t recognise him as such.

Play attached audio for more of his submissions.