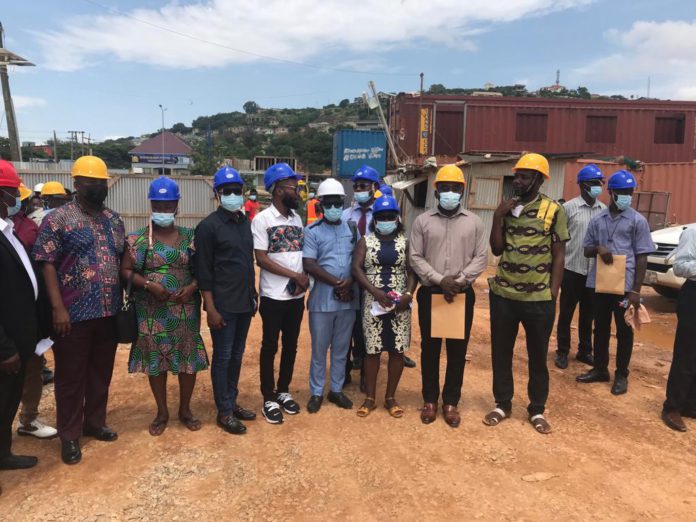 Assembly Members within the Weija-Gbawe Municipal Assembly have kicked against the closure of Empire Cement Ghana Limited, a cement factory in the area.

According to the assembly members, the factory, which was about 85 percent complete, fell under the government’s flagship programme – ‘One District, One Factory (1D1F)’. policy.

The factory is envisaged to create about 13,000 direct and indirect jobs for the youth in the area when operationalised.

They called on the government to investigate the Environmental Protection Agency (EPA) which halted construction works at the cement factory, describing their treatment towards the company as unfair.

One of the Assembly Members of New Gbawe, Andrew Oppong, speaking on behalf of his colleagues, at a press conference, accused the Pambros Salt Industries Limited of “being behind” the actions of the EPA to close down the factory and asked that government immediately intervenes in the matter.

The Assembly member said operators of the Cement Factory had assured the Assembly and all stakeholders within the municipality that, it had the needed production technology and had committed to a Gh₵60,000 bond over a three-year period to be paid to the neighbouring company should it default in its operations.

These include the use of a cyclone technology and proper construction methodology to ensure an air and water-tight production environment. The company has also gone ahead to propose the establishment of an Environmental Fund where monies would be lodged, should they breach any environmental process.

Mr Oppong expressed the need to protect investors and not to sabotage “an investment that would help reduce the unemployment rate within the catchment area.”