The Ningo-Prampram MP says the Minority Caucus will not accord the honourable title to colleagues on the Majority side should they fail to vote against the Finance Minister in a censure vote today.

Samuel Nartey George said any contrary action by the NPP MPs will mean they lack honour and thus do not deserve to be treated as such.

Speaking on Metro TV on Thursday, the NDC MP said they will refer to the NPP MPs by their regular names and not honourable.

He, thus, urged them to earn the title honourable today.

“This is a call to the 137 on the Majority side. Earn your title. Else we will not call you honourable members for the rest of the term.

“We will refer to you by your regular names because you are going to show Ghanaians that you lack honour,” he threatened.

Mr Nartey George added the motion by his Caucus has no partisan motive.

According to him, it represents the general demands of the majority of Ghanaians.

“The motion of censure that stands in the name of the Minority leader is not a motion that is to seek a partisan or political or parochial interest. It is simply in response to the calls by Ghanaians,” he added.

The motion which was filed on October 25, per the constitution is to be debated upon and voted on the same after 14 days of its receipt by the Speaker of Parliament.

Today, Thursday, November 10, is the fourteenth day, after the motion was received by the Speaker.

Ahead of that, the New Patriotic Party has ordered its Members of Parliament (MPs) to abstain from the vote of censure against the embattled Finance Minister.

The party has thus asked the chief whips of the Caucus to ensure the order is complied with.

In a press release issued on Wednesday, November 9, and signed by the General Secretary of the party, Mr Justin Kodua Frimpong, he said the decision was taken after wider consultation with major stakeholders.

“The leadership of the New Patriotic Party, following a broader consultation and engagements with stakeholders has resolved and hereby directs all members of the Majority Caucus in Parliament to abstain from a scheduled vote of censure being sought by the Minority Caucus against Mr Ken Ofori-Atta, Minister for Finance.

Meanwhile, the Minority Chief Whip, Muntaka Mubarak, has warned that members of the Majority Caucus who had rebelled against the Finance Minister may face dire consequences should the vote of censure fail.

According to him, in the event the vote of censure fails, the 80 Majority Caucus members would be at the mercy of their party officials and this will not bode well for them.

Already, all NDC MPs have been instructed not to miss today’s sitting in order to get the required number to carry out their objective.

The Deputy Minority Whip, Ahmed Ibrahim, has warned that there will be consequences should any member fail to show up. 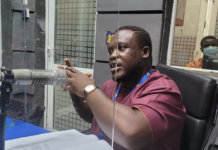 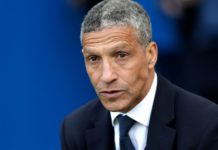 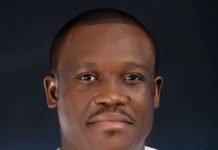