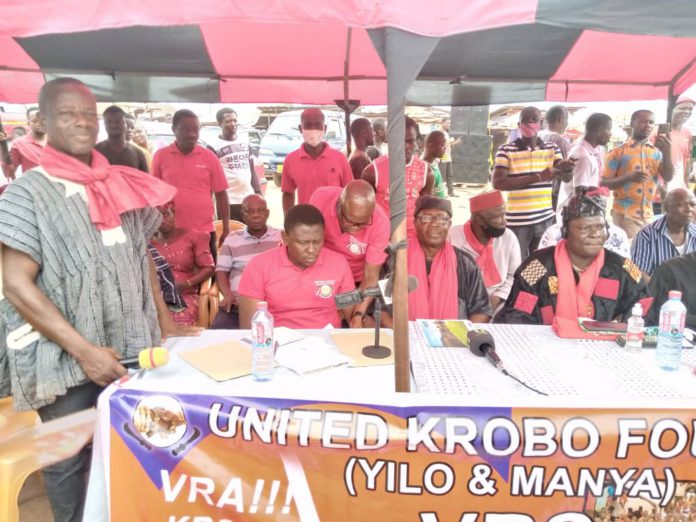 Residents and traders at Yilo and Manya Krobo are taking a dose of their own pill after threatening to deal with officials of the Electricity Company of Ghana (ECG) over a long standing misunderstanding over electricity bills and a claim that they should be exempted from paying electricity bills.

Ghana’s premium power supply company, ECG cut power to Yilo and Manya Krobo in the Eastern Region days after a group of people calling themselves United Krobo Foundation threatened to deal with ECG staff on the outstanding issues.

The group claimed to have a copy of an MOU between their forefathers and VRA which suggests that Krobos should enjoy free electricity but ECG has not complied with the MOU and has further overbilled them since 2012 or thereabout.

Their protest led to the withdrawal of staff from the Krobo enclave and a subsequent power cut to Yilo and Manya Krobo under the excuse that the transformer that serves the enclave had broken down.

ECG further moved their operational office to Juapong in the Volta Region with a caveat that they would only attend to emergency situations within the Krobo enclave under a strict armed police protection.

However, the People of Krobo have started feeling the pains, four days after living without a basic necessity like power and are appealing to the ECG to reconsider their decision and come back.

A group calling itself Coalition of Krobo Youth has distanced itself from the action of the United Krobo Foundation and has apologised for and on behalf of all Krobos to the ECG.

Convenor of the Coalition of Krobo Youth, Frederick Narh Okley, promised to make available over a thousand able men from Yilo and Manya Krobo to provide security for ECG staff who work in the Krobo area.