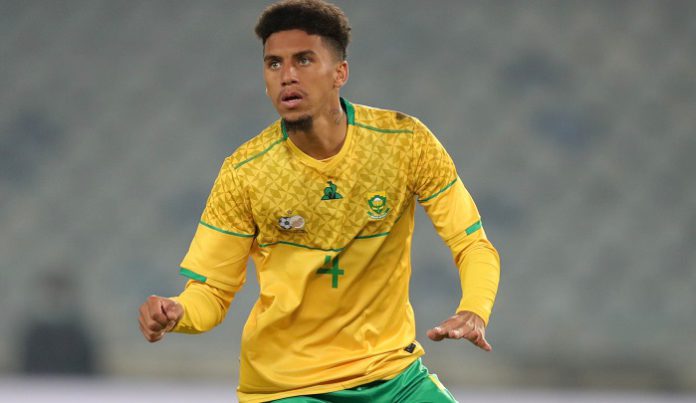 South Africa defender Rushine De Reuck claims he felt like their last game against Ghana in the 2022 World Cup qualifiers was rehearsed.

The Black Stars inflicted a 1-0 win over the Bafana Bafana at the Cape Coast Stadium to secure a playoff spot as the country aims to return to the Mundial, having missed out on the last edition in Russia.

Andre Ayew’s strike from the spot was enough for the West African powerhouse to book qualification to the final World Cup playoffs.

Bafana Bafana, however, needed a draw to reach the third and final round of African qualifying for the 2022 World Cup, but Ghana won with a controversial penalty.

Rushine de Reuck, who conceded the penalty, speaking during a presser organized by the South African Football Association [SAF] on Wednesday , raised concerns over the legitimacy of the decision and the display of the officiating team from Senegal, headed by referee Maguette Ndiaye.

He has insisted the referee and the ball boys had rehearsed on how to cheat the Bafana Bafana in the crucial game.

According to him, he felt the opportunity to get a good result against the Black Stars was taken away due to poor officiating.

“It’s been a tough few days, not only for myself but for everybody who is part of Bafana Bafana,” the Mamelodi Sundowns star told the media.

“To go out in the way that we did was very painful. We put ourselves in a good situation and no one had given us a chance to do so well. It was very tough for us to go out the way we did.

“Obviously, it was a very big game, wanting to win for the country to qualify for the next round. We were all ready, we were all excited. You’re playing against top players who play in the Champions League and the Premier League.

“This is what you want for yourself, to test yourself against the very best players in the world. We did that but it felt like the opportunity for us to get a result was taken away from us because of the decisions that were made against us.

“It was so obvious. It felt like the game was rehearsed. Everybody knew what was going on from the referees to the players, the Ghanaian players and the ball boys even. It was very tough for us to see what was happening.

“Even in the first 10 minutes of the game we already saw that we weren’t going to get anything right but we continued to fight and we had moments in the game to capitalise, but we were robbed, never given a fair chance.

“As a player, I feel we deserve a second chance. It was heart-breaking, to lose in that way broke me. I want to say thank you to the supporters and the encouragement that I got over the last few days,” he added.

However, the South African Football Association has since lodged a formal complaint to FIFA against N’Diaye, accusing the official of bias.