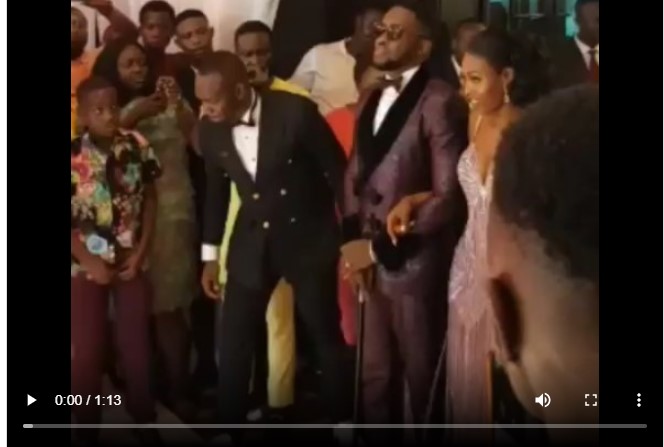 A video of the first-dance of the most-talked-about weeding in Ghana which took place between son of business magnate, Osei Kwame Despite and Tracy Ameyaw, has surfaced online.

The first dance which took place at the grand reception at the Gold Coast Kempinski Hotel in Accra has the two lovebirds doing a dance as royal as the marriage ceremony itself.

The wedding which continues to trend for obvious reasons had everything including a mix of modern and antique vehicles to horses.

The General Manager of Despite Media Group first tied the knot with his fiancée Tracy in a traditional wedding ceremony in Accra on Thursday February 13, 2020 which was followed by the lavish white wedding ceremony which took place at the Faith Presbyterian Church in Shiashi-Accra on Saturday, February 15, 2020.

Below is the video of the couple’s first dance: