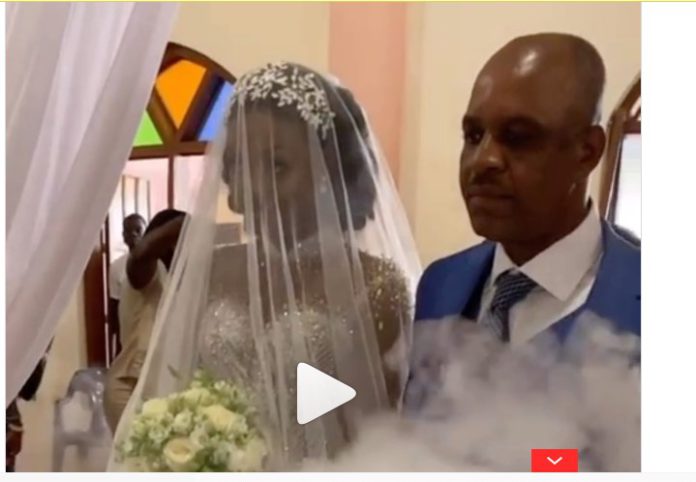 Much has been said about the marriage between business mogul, Osei Kwame Despite’s son, Kennedy Osei and his girlfriend, Tracy Ameyaw but little is known about the bride’s parents.

Thankfully, a video of the bride’s mother seated by her in one of the luxury vehicles that have since become the talk of town since the wedding, has popped up online.

The video, which was uploaded by Instagram user, famebugs, also has a man suspected to be Tracy’s father leading her to give her hand in marriage.

The video is the only video that reveals the face of the bride’s parents as the groom’s family have dominated the talks since the wedding which took place on Saturday February 15, 2020 took place.