US retail giant Walmart has warned over its profits for the second time since May, as the soaring cost of food and fuel hits customer spending.

The company says it now expects profits to fall by as much as 13% this year.

One expert told the BBC that Walmart’s unscheduled announcement “signals a warning bell for the retail sector”.

Walmart had previously said that it expected its full-year profit to fall by just 1% this year.

“The increasing levels of food and fuel inflation are affecting how customers spend,” its chief executive Doug McMillon said in a statement on Monday after US markets closed.

He added that the retailer planned to cut the prices of clothing as it was “anticipating more pressure on general merchandise in the back half” of this year.

As food and fuel prices rise, shoppers are having to spend more of their income on essentials and have cut back on other spending, Neil Saunders, managing director of retail at data analytics firm GlobalData, told the BBC.

Mr Saunders said Walmart’s warning suggests that many other retailers were also feeling the squeeze.

“Walmart has buying power like few others. That helps it mitigate against some inflation, but as today’s announcement shows, even the mightiest are not immune to rising costs,” he said.

Also on Monday, online retail giant Amazon raised the price of its Prime service for UK customers for the first time since 2014 because of “increased inflation and operating costs”. Prime offers unlimited delivery of products, and entertainment streaming services.

Prices in the US and UK are rising at their fastest rate in four decades, driven by higher petrol and food costs.

The Ukraine war and supply chain issues caused by the pandemic have driven up everyday costs for households and businesses.

In its last earnings announcement in May, Walmart said it had more than $60bn (£49.7bn) worth of stock and pledged “aggressive” price cuts on some items.

The company also trimmed its profit outlook for the first time. That led to its shares suffering their biggest one-day drop since 1987.

Walmart is scheduled to publish its second quarter earnings on 16 August. 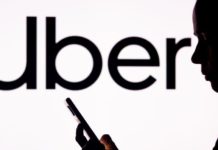