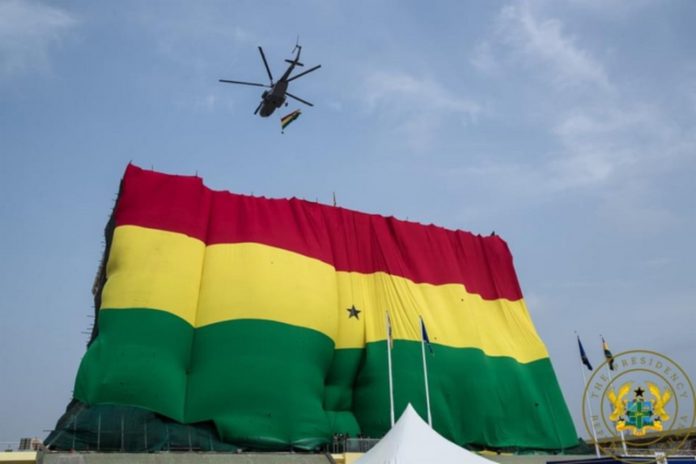 The Volta Region has been selected to host the 66th Independence Day National Celebration.

Mr Lord Commey, Director of Operations at the Office of the President, said the President had chosen the Region as host of the national annual celebration in line with his personal commitment to rotate the event among the Regions to enhance national cohesion.

He made this known when he led members of the National Planning Committee for the event to the Region on Friday to inform traditional authorities of the development.

Mr Commey first called on the Asogli Traditional Council and was led there by Mr Divine Bosson, Ho Municipal Chief Executive, and other stakeholders in the Region.

“The President has sent us to inform you of his decision to honour the people of Volta by getting the Region to host the 66th anniversary of Ghana’s independence. The independence square alone cannot continue to host this key celebration of Ghana’s freedom. He has decided this year that it is the turn of the Volta Region – the oxygen city of Ghana.”

He said the essence of the meeting was to seek the support of local stakeholders particularly traditional authorities, on the celebration, and that their input would be crucial to ensuring the event becomes a “full display of a national character.”

Mr. Commey also touted the gains for the local economy.

Togbe Adzie Lakle Howusu XII, Warlord of the Asogli State, said “it is an honour to be informed of this event in Volta and that it would be taking place on our land.”

He said the celebration was sure to become a historical event that would bring the glory of independence to the Region.

“Those of us who saw independence are happily honoured that we are seeing the celebration here. Those of you here who did not see the first celebration, come, and join us. We are therefore thankful to the President for choosing Volta. We are very grateful,” the Warlord stated.

Togbe Howusu commended the Committee, which was made up of heads of the various security agencies among key others, and said he was sure of their excellent delivery, and thus promised the support of the people of Asogli.

Togbe Tepre Hodo, President of the Volta Region House of Chiefs, said when the team called on the House, that it was “good news” to host the event in Volta.

He said the Region would wholeheartedly support the celebration to make it one of the best.

“I can assure you that the Volta Region has a lot to offer in terms of showing commitment to this great mother Ghana, and we will display all to make this celebration the best.”

Leading the delegation to the House of Chiefs was Dr. Archibald Yao Letsa, Volta Regional Minister. The team proceeded to the new Ho sports stadium to access the progress of work.

The 5000-capacity facility, which had hitherto slowed in progress, was being hastily completed when the team visited.

Mr Commey inspected the site and made necessary recommendations while charging stakeholders to take advantage of the event to market the Region.

“The breaking news is that for the first time in Ghana’s history, Volta Region would host the Independence Day Celebrations. We are putting Volta on the World Map,” he told reporters at the venue.

Site engineers told the media the facility would be delivered before the set date, considering the pace of work.

The Regional Minister also gave the assurance that planning was ongoing in earnest and was sure of unbroken progress with the support of all stakeholders.